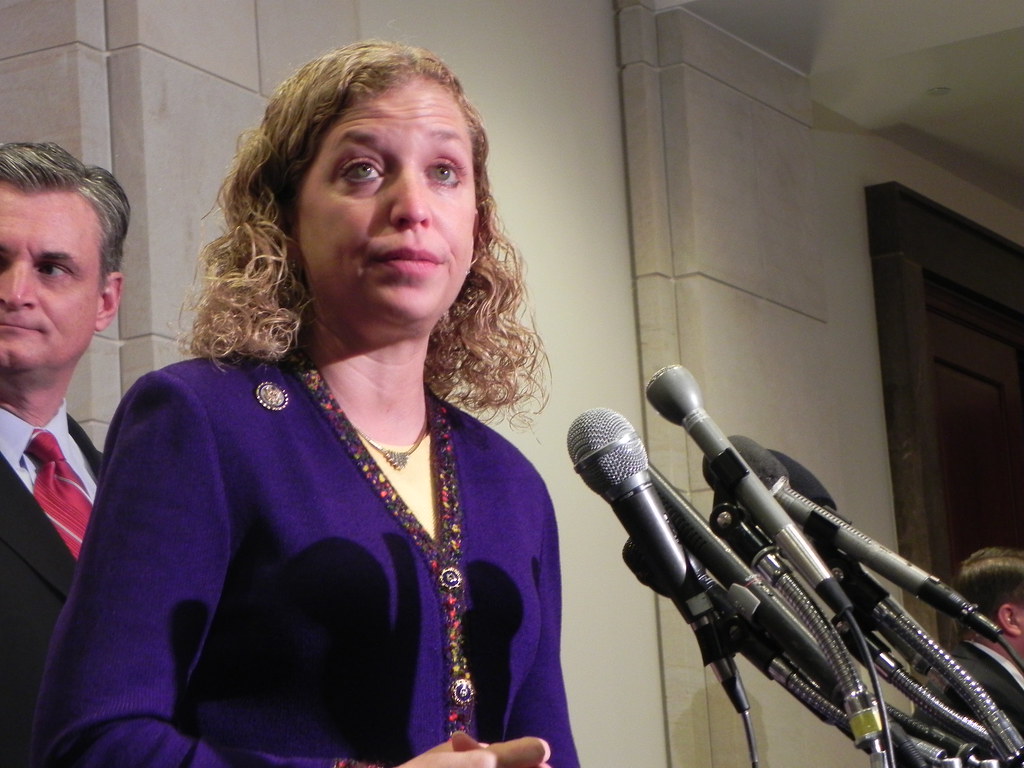 Embattled head of the Democratic National Committee Debbie Wasserman Schultz has been effectively removed by the Clinton Campaign.

The Clinton campaign has taken control of the Democratic National Committee (DNC).

CNN reports that: “Hillary Clinton’s campaign is taking the reins of the Democratic National Committee, installing a new top official on Thursday to oversee the party’s day-to-day operations through the general election.”

Brandon Davis, national political director for the Service Employees International Union, will become the general election chief of staff for the Democratic Party. His selection formalizes the coordination of the Clinton campaign and the committee, a stark contrast to Donald Trump who is currently at odds with his party.

Wasserman Shultz has been the target of the Sanders campaign for issues such as the scheduling of debates on the worst day for exposure to the American voters.

According to CNN, “Robby Mook, the Clinton campaign manager, arrived Thursday morning at Democratic headquarters on Capitol Hill to introduce Davis to the party’s staff.”

“We have a lot of work to do over the next five months to make sure that Donald Trump does not become president,” Mook said as he introduced Davis to the DNC leadership in the room, adding:  “With so much at stake in this election, we could not ask for a better partner in that mission than the team here.”

Howard Dean, the former head of the DNC told CNN: “This is in fact what happens,” adding: “Debbie will still have the title, but somebody else will be the effective operator of the DNC. It’s Hillary’s pick.”

Dean elaborated in a Thursday interview, relating how he effectively stepped down in 2008 and turned control of the DNC to Paul Tewes, a trusted aide to then-presumed Democratic nominee Barack Obama.

“We basically just turned it over to him and I left the building to him. He ran the DNC,” Dean said, adding: “It was very clear I wasn’t going to be running the DNC as soon as there was the a nominee.”