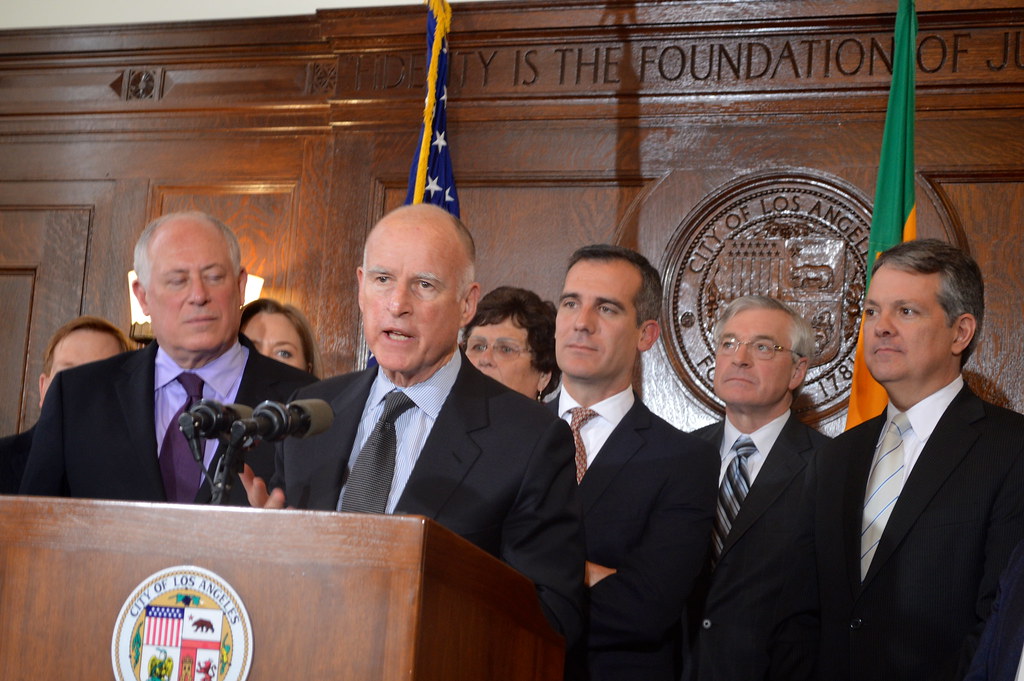 California lawmakers are escalating their political war on the Trump regime advancing a bill to make California a sanctuary state for immigrants who are in the country illegally.

The California Senate approved a measure on Monday effectively making the entire state a sanctuary state for many who are in the country illegally.

ABC News reports that the bill, Senate Bill 54, was passed in the Senate by a 27-12 vote after Senate President Pro Tem Kevin de Leon amended the bill to allow local and state law enforcement officials to notify federal Immigration and Customs Enforcement officials before any felons convicted of serious or violent offenses are released from state custody.

“We will cooperate with our friends at the federal level with serious and violent felons. But we won’t cooperate or lift a finger or spend a single cent when we’re talking about separating children from their mothers, mothers from their children,” de Leon said after the vote. “That’s not who we are as a great state.”

CNN adds that de Leon hailed the bill’s passage as “a rejection of President Trump’s false and cynical portrayal of undocumented residents as a lawless community.”

The bill was also stripped of a provision requiring a two-thirds vote for passage; and, as ABC News reports, “passing the measure with a simple majority means it wouldn’t take effect until Jan. 1, while the previous version would have taken effect immediately.”

Describing the bill, CNN reports that “in defiance of Trump’s immigration policies,” Senate Bill 54, unofficially known as the Sanctuary State Bill, “bars state and local law enforcement agencies from using their resources, including money, facility, property, equipment or personnel, to help with immigration enforcement. They would be prohibited from asking about immigration status, giving federal immigration authorities access to interview a person in custody or assisting them in immigration enforcement.”

ABC News adds that “The measure also seeks to limit immigration enforcement activities in schools, courthouses and other public facilities.”

Reaction to the passage of the measure was split along party lines with The Sacramento Bee reporting that Republican Senator Joel Anderson, R-Alpine, called the bill the “greatest threat to dreamers,” warning that “This is a difficult, difficult issue. But this bill doesn’t solve it. It creates more problems. It puts more Californians at risk.

On the flip side, Democratic Senator Scott Wiener said that communities would be safer under this bill because immigrants would not be afraid to call the police to report crime.

“This bill makes clear that California will not become an arm of ICE. That we will not allow our employees, our law enforcement from becoming de facto immigration officers,” Wiener said.

Home to an estimated 2.3 million immigrants without legal authorization, California is looking at additional measures to push back against Trump’s repressive, and likely illegal and unconstitutional, immigration policies.

As ABC News reports, California – the nation’s most populous state – “also advanced two other bills that attempt to impede the president’s immigration policies. They sent the Assembly a bill, SB6, that would provide $12 million to pay lawyers for immigrants facing deportation, and another measure, SB31, that would bar state officials from sharing data if the federal government creates a Muslim registry.”

Additionally, in late January of this year, San Francisco CBS affiliate KPIX 5 reported that “the state of California is studying ways to suspend financial transfers to Washington after the Trump administration threatened to withhold federal money from sanctuary cities.”

California has been spearheading the political war against Trump from the time he won the election, with Kevin de León and California Assembly Speaker Anthony Rendon releasing a “Joint Statement from California Legislative Leaders on Result of Presidential Election” the morning after the election detailing their plan to “lead the resistance” to any efforts by President-elect Trump to “reverse generations of progress.”

With Democrats dominating all three branches of government and being the largest state in the country, California is uniquely qualified to take the lead in the war with Trump. As Bloomberg reported shortly after the election, “With the largest economy in the U.S. and the sixth-largest in the world, the state enjoys greater independence from Washington than most.”