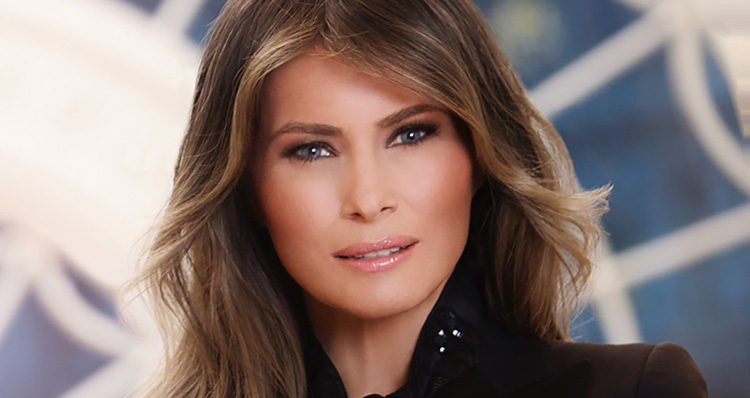 The Trump administration’s hard-line position before the Supreme Court in an immigration case would require the immediate deportation of Melania Trump, if that argument prevails.

If Melania Trump worked in the U.S. without a visa and didn’t disclose it later, which appears to be the case, she could be deported according to the argument presented by the Trump administration before the U.S. Supreme Court on Wednesday.

The case involved an ethnic Serbian woman who was deported, along with her husband, after being convicted for obtaining her citizenship after it was determined that she misrepresented a minor fact about her husband during the process of becoming a U.S. citizen.

The New York Times summarized the case as follows:

Wednesday’s case concerned Divna Maslenjak, an ethnic Serb who said she had faced persecution in Bosnia. She was granted refugee status at least partly on that basis in 1999 and became a United States citizen in 2007.

Along the way, she apparently lied about her husband, saying she and her family had also feared retributions because he had avoided conscription by the Bosnian Serb military. In fact, he had served in a Bosnian Serb military unit, one that had been implicated in war crimes.

As Slate reports, “The Trump administration argued to the court that not only was the woman in question’s deportation defensible, but that any inaccuracy on official paperwork, even regarding the most trivial and ‘immaterial’ issues, can justify deportation and the revocation of citizenship. It’s a position that even conservative chief justice John Roberts found to be an extreme one.”

As The New York Times explains, Robert A. Parker, a Justice Department lawyer, took the “unyielding position that the government may revoke the citizenship of Americans who made even trivial misstatements in their naturalization proceedings.”

Continuing, The New York Times detailed “several moments of indignation and incredulity during the argument in Maslenjak v. United States, No. 16-309.”

Justice Anthony Kennedy told Parker: “Your argument is demeaning the priceless value of citizenship. You’re arguing for the government of the United States, talking about what citizenship is and ought to mean.”

Justice Sonia Sotomayor asked about the failure to disclose an embarrassing childhood nickname. Justice Elena Kagan said she was a “little bit horrified to know that every time I lie about my weight it has those kinds of consequences.”

Mr. Parker said the law applied to all false statements, even trivial ones.

Justice Stephen G. Breyer said it was “rather surprising that the government of the United States thinks” that the naturalization laws should be “interpreted in a way that would throw into doubt the citizenship of vast percentages of all naturalized citizens.”

Chief Justice Roberts added that the government’s position would give prosecutors extraordinary power. “If you take the position that not answering about the speeding ticket or the nickname is enough to subject that person to denaturalization,” he said, “the government will have the opportunity to denaturalize anyone they want.”

It’s important to note that this argument put forward by the Trump administration would be sufficient to deport Trump’s wife, Melania.

What’s particularly interesting about the Trump administration supporting such an argument is that Melania Trump appears to have committed just such an omission on her own naturalization paperwork. In 2016, a lawyer representing Melania—a native of Slovenia who was naturalized in 2006—attested that he had reviewed her immigration documents and found no evidence that she had ever violated U.S. law. Later that year, however, the Associated Press uncovered records showing that she had in fact done paid modeling work for several weeks while she was staying in the U.S. in 1996 on a visitor visa, which would have been a violation of that visa’s terms. If, as her lawyer’s statement would appear to imply, Melania did not subsequently disclose this violation on other immigration documents, the Trump administration’s current position would thus suggest she—the First Lady of the United States—is subject to deportation.

The Independent elaborated, reporting that:

In 1996, Ms Trump—then Knauss—was paid for modelling work undertaken in the United States while travelling on a tourist visa, according to documents obtained by the Associated Press. This violated her terms of entry.

The first lady allegedly earned more than $20,000 (£16,000) in the seven weeks before she acquired legal permission to work.

She went on to apply for a green card in 2001 and became a naturalised US citizen in 2006 without disclosing any past indiscretions.

The Independent went on to concede that “despite the recent revelations about her career history, however, she seems unlikely to face deportation.”