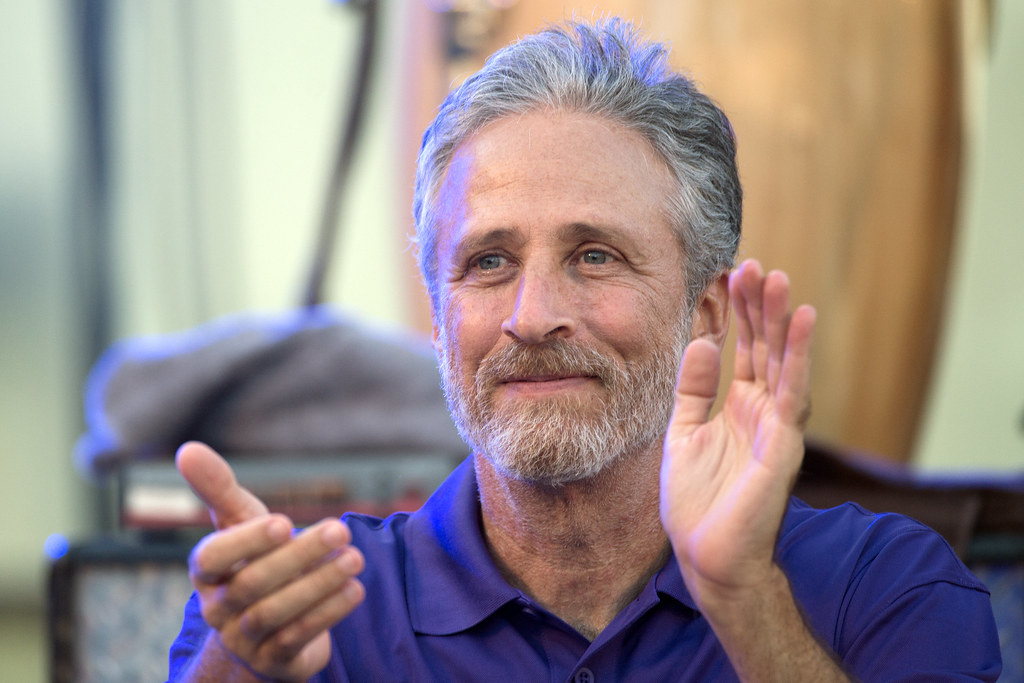 There has been talk about Jon Stewart returning to television since the cable giant HBO announced in late 2015 that Jon Stewart signed an exclusive four-year contract to create short-form digital content for HBO Go, HBO Now and other platforms.

In the meantime, he has made several cameo appearances, such as his two cameo appearances on Stephen Colbert’s The Late Show – the first time appearing on the final night of the Republican National Convention.

Appearing in a t-shirt and looking a little scruffy, he took over Colbert’s desk with style and a good bit of anger, telling the viewing audience: “Well, the convention’s over. I thought Donald Trump was going to speak. Ivanka said that he was going to come out. She said he was really compassionate and generous, but then this angry groundhog came out and he just vomited on everybody for an hour.”

His second appearance on the show was in mid-February, when he discussed Trump’s break-up with the media, delivering one of his best rants ever.

Vanity Fair reports that “On Friday, Jon Stewart will return to TV—to host an episode of SportsCenter on ESPN, alongside SportsCenter “Face to Face” host Hannah Storm.

The Chicago Tribune adds that:

Stewart and Storm will do the show from Chicago’s United Center, site of the 2017 Warrior Games. The event, organized by the Department of Defense and featuring 265 wounded, ill and injured service members and veterans, began on June 30 and ends Saturday.

ESPN has been running features from the Warrior Games, including some involving Stewart, and on Friday, the comedian and Storm will anchor live segments from United Center during the 6 p.m. “SportsCenter” before hosting the 7 p.m. episode. According to ESPN, Stewart, who hosted the Games’ opening ceremony, will also do a live interview from the arena during the 11 p.m. “SportsCenter.”

Stewart hosted “The Daily Show with Jon Stewart” for 16 years beginning in 1999 and stepped down from the show in 2015. The show won three Primetime Emmys®, including Outstanding Variety Talk Series, and has received 23 Primetime Emmys® overall, as well as two Peabody Awards, which are given in recognition of distinguished and meritorious public service by American radio and television.