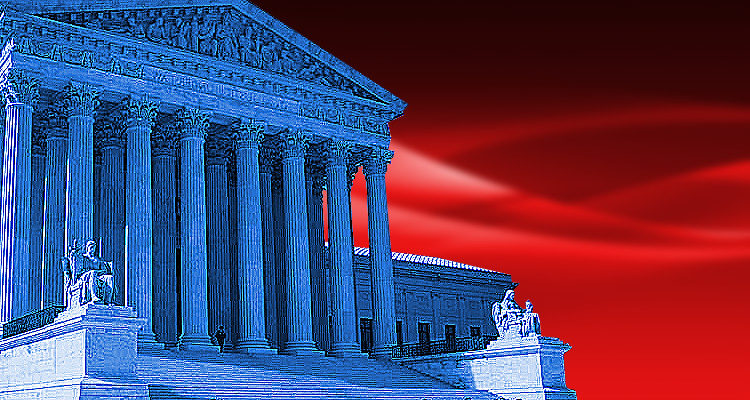 Democrats Already Hold The Key To Blocking A Supreme Court Appointment – Here’s How!

CBS News reported that Kennedy served notice to Trump in a letter stating that “he would end “regular active status as an Associate Justice of the Supreme Court, while continuing to serve in a senior status.”

Kennedy called it the “highest of honors to serve on this Court,” and he expressed his “profound gratitude for having had the privilege to seek in each case how best to know, interpret, and defend the Constitution and the laws that must always conform to its mandates and promises.”

The New York Times noted that Kennedy’s announcement “[set] in motion a furious fight over the future of the Supreme Court and giving President Trump the chance to put a conservative stamp on the American legal system for generations.”

Continuing, The New York Times reported that: “Trump and his Republican allies have hoped for months that Justice Kennedy might retire, clearing a way for a new, more conservative jurist before Democrats had an opportunity to capture the Senate and block future Republican nominees.”

In a separate article, The New York Times reported that Republican Senate Majority Leader Mitch McConnell called on fellow senators to make sure that Trump’s eventual nominee be “considered fairly,” vowing that the Senate “will vote to confirm Justice Kennedy’s successor this fall.”

However, Senator Chuck Schumer, the Democratic leader, demanded that the Senate delay a vote until after the midterm elections, noting that McConnell delayed consideration of Judge Merrick B. Garland, President Barack Obama’s 2016 nominee to replace Justice Antonin Scalia.

Schumer said senators should not “consider a Supreme Court justice in an election year,” adding that “anything but that would be the absolute height of hypocrisy.”

“People are just months away from determining the senators who should vote to confirm or reject the president’s nominee,” Schumer stated on the floor of the Senate, “and their voices deserve to be heard now, as Senator McConnell thought that they deserved to be heard then.”

There is a way Democrats can block consideration

However, there is a fool-proof way that Democrats can block Trump from being able to replace outgoing Supreme Court Justice Kennedy, and it’s actually quite simple.

As Vox News reported on Thursday, Democrats can shut down the Senate by refusing to participate in roll call votes, effectively blocking Trump’s eventual nominee.

According to Vox, “In order for the Senate to do anything, there must be a sufficient number of members present.

Article 1, Section 5 of the Constitution states:

[A] majority of each shall constitute a quorum to do business; but a smaller number may adjourn from day to day, and may be authorized to compel the attendance of absent members, in such manner, and under such penalties as each House may provide.

Continuing, Vox explained how this works:

Other than quitting for the day or calling for others to come to the chamber, the Senate can do nothing without a majority of its members — 51 senators — participating in a vote. No bill can pass, no amendment can be decided on, no nominations can get approved.

At present, it would be extremely difficult for Republicans to provide a quorum with their own numbers. Their majority stands at 51-49, with Sen. John McCain on extended leave in Arizona. If no Democrat participates, the Republicans cannot provide a quorum.* In the month of June, there have been an average of 1.8 Republican absences across 18 roll call votes, so even if McCain returned to the Senate, the majority would struggle to consistently provide a floor majority.

This provides Senate Democrats with real leverage. If they refuse to participate in roll call votes, the Senate will come to a halt for lack of a quorum.

Sneaky? – possibly. Underhanded? – sure. But as they say, “turnabout is fair play.”

Now get out and vote in the November midterm elections and be sure to take at least two friends with you. Remember – elections have consequences, and this is a battle we can win provided we get out the vote.