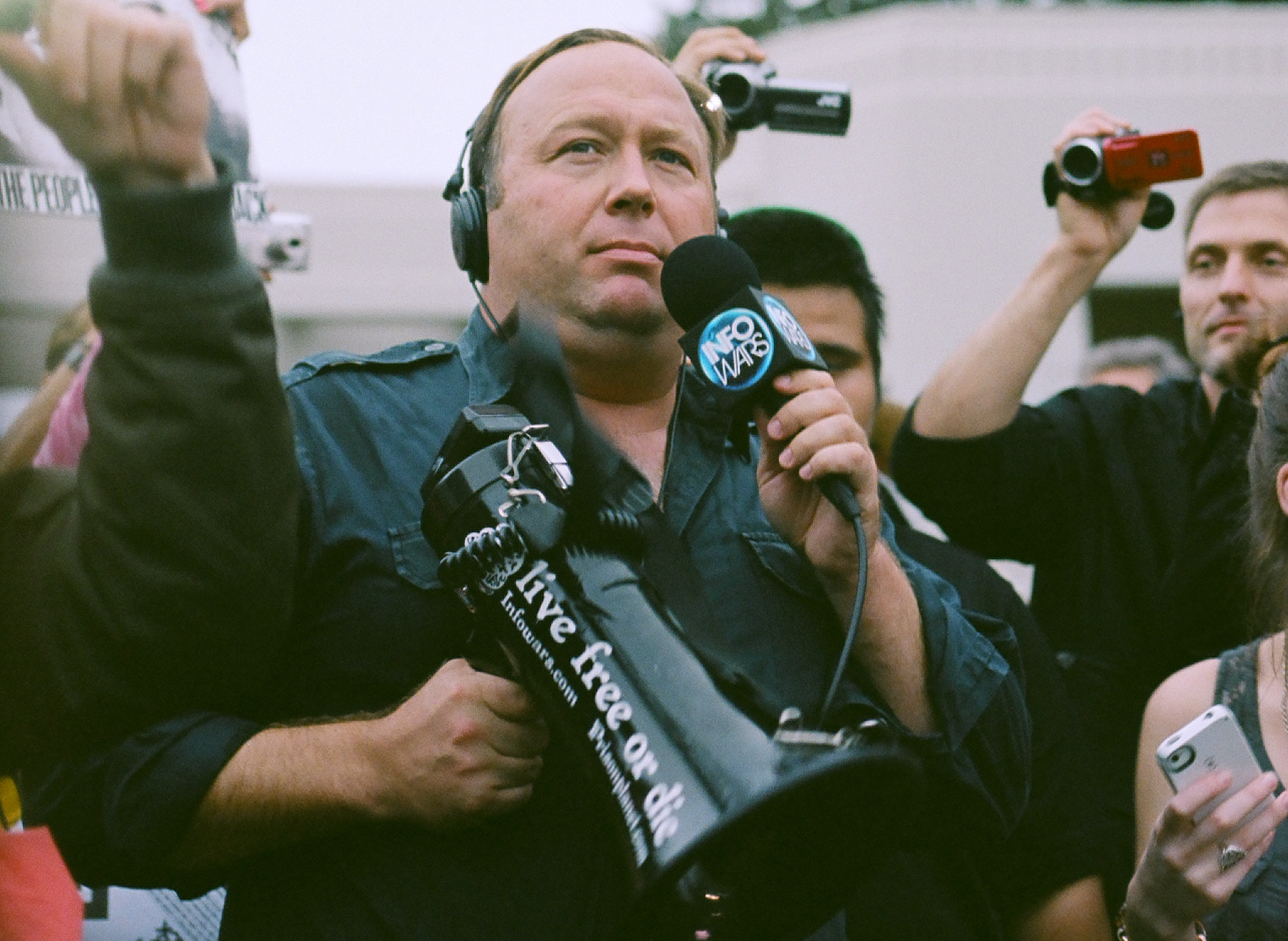 His empire collapsing with the prospect of losing a lawsuit, Alex Jones’ legal team appears willing to go to despicable lengths to deny his accusers their day in court.

As an independent journalist, I have covered a variety of topics and individuals over the years, but I have never felt my stomach turned by a topic like I do with this one.

Monday had to be one of the worst – if not the very worst – days in the life of conspiracy theorist Alex Jones as the news hit that four prominent social media companies announced they were taking action to eradicate their platforms of the continued presence of Alex Jones and his InfoWars project.

Spotify and Apple (owner of iTunes) started off the day announcing that they were deleting Alex Jones’ podcasts and ones associated with his InfoWars projects. Facebook followed up by announcing that they had permanently removed four of Jones’ pages from their platform, pending the obligatory appeal process. YouTube announced later on Monday that they were following suit and shutting down his operations on their platform as well (he had previously been on a lengthy suspension which banned him from uploading new videos).

Then there is the matter of pending lawsuits, which brings us to the topic of my disgust and dismay.

Think Progress reported on Wednesday that “Alex Jones’ lawyer is trying to force the parents of a Sandy Hook victim to publicly release their addresses, a move that could further endanger the family, which has been living in hiding for six years.”

Leonard Pozner and Veronique De La Rosa lost 6-year-old Noah in 2012 when a gunman stormed Sandy Hook Elementary School in Newtown, Connecticut, killing 20 children and six adults. More than six years later, they still get harassed by conspiracy theorists claiming the shooting was all a hoax.

Their harassment has led to a defamation lawsuit against Jones, who has fueled the conspiracy fires for years by claiming interviews with the parents and media outlets were faked and that the shooting may have never happened.

A Texas judge is currently reviewing whether Jones’ motion to dismiss the case has any merit. In the meantime, Jones’ lawyer is seeking to open the floodgates for dangerous parties to easily find the Sandy Hook parents.

In new court filings obtained by HuffPost, Pozner and De La Rosa, who live separately, describe the steps they took in the wake of Jones reigniting the hoax theory. The two purchased a privacy protection plan for their computers and a pair of motion detection alarms for their homes.

“Sometimes I lie awake at night worrying that despite our efforts at security, a determined conspiracy fanatic might gain entry to our home,” De La Rosa said in a court declaration.

Jones’ lawyer has argued that, without that information, the suit should not go forward.

Pozner, who lives separated from De La Rosa, also expressed distress that Jones’ believers may harm him or try to enter his home.

“Due to Mr. Jones’ broadcast, I have also suffered severe emotional distress and trauma which I cannot even begin to adequately describe,” Pozner reportedly said in his declaration. “No human being should ever be asked to suffer through the torment Mr. Jones carried out.”

To be clear, what appears to be happening here is that Jones’ attorneys are attempting to put Pozner and De La Rosa in the position of either sacrificing their personal safety and that of their family or of dismissing their lawsuit.

Think Progress reported that the family’s legal team is fighting back:

The parents’ lawyer, Mark Bankston, has argued the law Jones’ legal team cited is outdated. In a court filing, he cited more than a dozen legal cases that contradict the notion that Pozner and De La Rosa must publicly release personal information.

“There are obvious reasons why these Plaintiffs are extraordinarily hesitant about filing public documents containing their personal information, such as their address or date of birth, and they will not publish that information absent a legal obligation to do so,” Bankston said in a response to Jones’ lawyers, according to HuffPost. “Information such as date of birth, addresses, etc., have been used in the past by InfoWars followers to locate and harass the Plaintiffs.”

Despicable? Beyond a doubt – and don’t forget that, earlier this month, Jones’ legal team argued that the Sandy Hook parents should have to pay him $100,000.