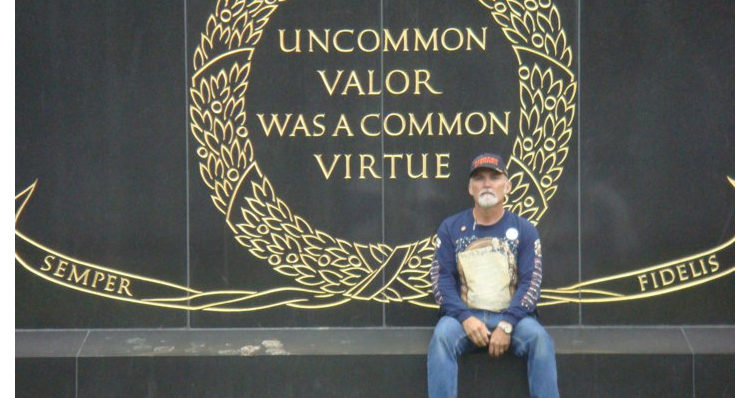 The co-chair of a Trump veterans’ group to plead guilty this week for his role in the 2014 Bundy standoff.

DeLemus will be “the first defendant in the conspiracy case to strike a deal before trial,” according to a report by The Guardian.

Gerald DeLemus, a New Hampshire activist who stepped up as a co-chair of the Trump for President Veteran’s Coalition last summer, is accused of being a “mid-level leader and organizer” in the conflict at the Bundy ranch in Bunkerville where rightwing activists faced off with federal officials in a dispute about grazing rights on public lands.

Gloria Navarro, Chief Judge of the United States District Court for the District of Nevada, said she received a “signed plea agreement” from DeLemus, and he is scheduled to enter his official plea at a hearing scheduled on the 23rd of August.

As The Guardian reports: “DeLemus, who is known as Jerry, is the first of 19 defendants in the 2014 standoff case to sign a plea deal, and other jailed activists could follow suit in advance of a jury trial scheduled to begin in 2017.”

DeLemus and the other 18 defendants were all charged with the following felonies:

The Guardian reports that “DeLemus was also present at a January 2016 standoff at the Malheur national wildlife refuge in eastern Oregon, a similar land-use protest led by Bundy’s sons Ammon and Ryan,” but DeLemus was not charged in the Oregon case.

However, 10 defendants in the Oregon standoff have pleaded guilty; and, last Tuesday, Corey Lequieu became the first defendant to be sentenced.

The Oregonian reports that “U.S. District Judge Anna J. Brown sent Lequieu to prison for 2 ½ years followed by three years of supervised release. Lequieu, in custody in the Multnomah County Jail, also must pay restitution in an amount to be determined later.

According to The Oregonian, Lequieu, 46, “admitted to impeding federal employees through threats, intimidation or force from working at the refuge outside Burns.”