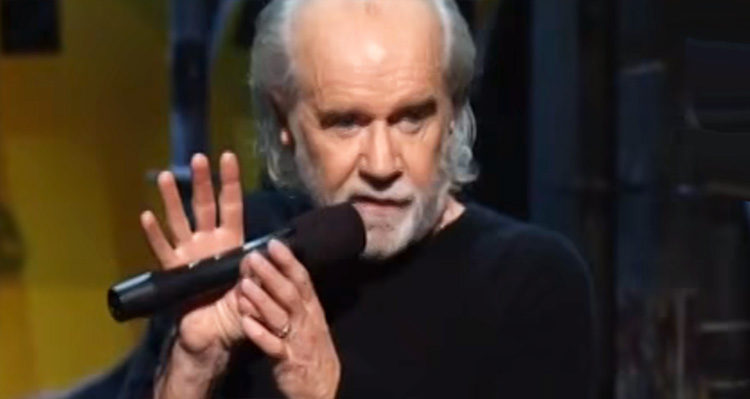 George Carlin’s seven words sketch takes on new meaning in light of the recent news that the Trump administration has banned the use of 7-words by the Centers for Disease Control.

Officials at the Centers for Disease Control and Prevention, the very agency tasked with saving and protecting the lives of the most vulnerable, are now under order by the Trump administration to stop using words including “vulnerable” in 2018 budget documents, according to The Washington Post.

In a 90-minute briefing on Thursday, policy analysts at the nation’s leading public health institute were presented with the menu of seven banned words, an analyst told the paper. On the list: “diversity,” “fetus,” “transgender,” “vulnerable,” “entitlement,” “science-based” and “evidence-based.”

As social media reacts to that bizarre report, many are reminded of an earlier George Carlin routine about seven words that were then-banned on television.

Carlin was best known for pushing the envelope of free expression with his routine “Seven Words You Can Never Say on Television,” which first appeared on Carlin’s fourth album, Class Clown [below]. It was recorded May 27, 1972 at the Santa Monica Civic Auditorium in Santa Monica, California, and released in September of that year.

Carlin was arrested on July 21, 1972 after performing this routine at Milwaukee’s Summerfest and was charged with violating obscenity laws. The case was dismissed in December of that year after a ruling that the language was indecent but Carlin had not disturbed the peace.

The question considered by the Court in FCC v. Pacifica was whether the First Amendment denied the government any power to restrict the public broadcast of indecent language under any circumstances.

By a vote of 5 to 4, the court held that the routine was “indecent but not obscene,” that limited civil sanctions could constitutionally be invoked against a radio broadcast of patently offensive words dealing with sex and execration. The Court went on to state that the FCC had the authority to prohibit such broadcasts during hours when children were likely to be among the audience.

In the clip below, Carlin’s daughter, Kelly Carlin-McCall, noted that: “My dad got such a thrill knowing that his whole routine was typed out verbatim and read into the Supreme Court records and that someone, in front of the justices actually read” those seven words. [Her comments begin at 2 minutes.]

You can listen to the original recording of “Seven Words You Can Never Say on Television” as recorded on Class Clown.