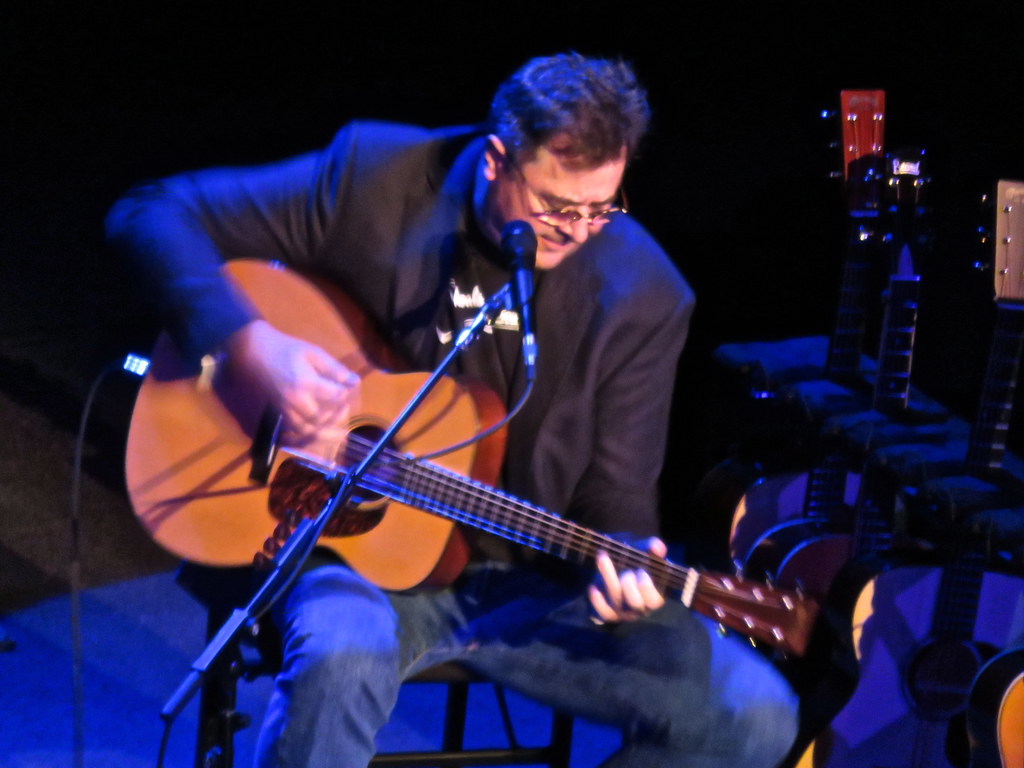 Country music legend Vince Gill opened up this week, telling a Nashville audience about his own experience being the victim of sexual harassment.

Fox News reported that “the #MeToo and ‘Time’s Up’ movements gained an unexpected voice this week as country music star Vince Gill opened up about his experiences with sexual harassment during a live performance in Nashville.”

Variety reported on the performance, writing that: “Gill explained that he’d only gradually come to realize that the trigger for writing [‘Forever Changed’] may have been his own frightening first-person experience with a gym teacher as a teen.”

“You come up here and get to sing one song, and you go, what the hell you gonna sing?” said Gill, 60, after thanking the radio crowd for their support in the 44 years since he first made a record. “I think that the greatest way to live is to welcome the moment that you’re in and the time frame that you’re in. I chose this song that I wrote some years ago, and never really knew where the song came from, other than… We’re living in a time right now when finally people are having the courage to kind of speak out about being abused. And I think that is beyond healthy, and beyond beautiful, to see people finally have a voice for being wronged. And maybe this song came from a personal experience for me.

“I was in seventh grade, and a young, dumb kid,” he continued. “And I had a gym teacher that acted inappropriately towards me and was trying to do things that I didn’t know what the hell was going on. And I was just fortunate that I got up and I ran. I just jumped up and I ran. I don’t know why. And I don’t think I ever told anybody my whole life. But maybe what’s been going on has given me a little bit of courage to speak out, too. I’m going to sing you this song that was inspired by all the people that are…” He let the thought trail off as he began picking out the introductory licks, but the cultural moment didn’t require much elaboration.

Gill first opened up about that experience during a 2014 interview with Rolling Stone.

Asked about the direction his new album was heading, Gill responded:

I want to make a record of all these songs I’ve written that are darker than they should be. Subjects that most people go, “Oh, I don’t really want to hear a song about abused children…” But some of these things, I think they need to be talked about and put out there. I did this song I wrote some time ago, about sexual abuse, and I sang it at sound check, and one of the girls that was traveling with me at the time just fell apart and lost it. She said, “That was my life. How’d you know?” I said, “I don’t know that I did.” The song is called “Forever Changed”: “because of you, she’s forever changed.” I’m really drawn to serious and melancholy and sad and emotional.

You can watch Gill performing “Forever Changed” at the Ryman Auditorium in Nashville: