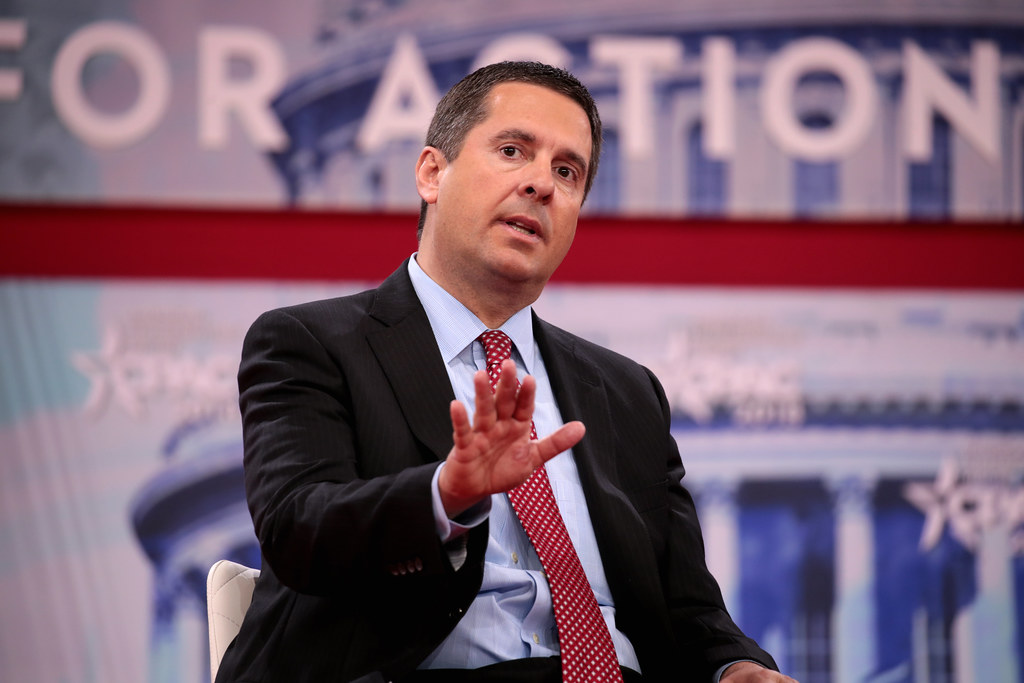 House Republicans’ refusal to dig into Trump’s role in their so-called Russia investigation amounts to obstruction of justice on the part of the GOP.

House Republicans investigating foreign interference in the 2016 election say they have found no evidence that Russians colluded with any members of the Trump campaign and dispute a key finding from the intelligence community that Russia had developed a preference for the Republican nomineeduring the election.

Indeed, both men are correct. We will detail, below, the 33 times Republicans deliberately ignored the facts to obstruct justice in what we expect to be a vain attempt to cover up Trump’s crimes and misdemeanors.

Abramson began by posting a link to the CNN article, and tweeting: “This is why I tweeted earlier about the clear direction of the Mueller probe being Trump-Russia coordination via money laundering: so that when you read the [CNN] story below, you see that GOP obstruction on Trump’s finances is legalized Obstruction of Justice.”

American intelligence officials concluded in January 2017 that President Vladimir V. Putin of Russia personally “ordered an influence campaign in 2016 aimed at the U.S. presidential election,” and pivoted from trying to “denigrate” Hillary Clinton to developing “a clear preference for President-elect Trump.”

Brian P. Hale, a spokesman for the Office of the Director of National Intelligence, said the agencies stood by their work and would review the committee’s findings.

However, House Republicans ignored the findings of intelligence agencies and discounted that Russian interference benefited the Trump campaign.

Representative K. Michael Conaway, the Texas Republican who is leading the investigation, said committee Republicans agreed with the conclusions of American intelligence agencies that Russia had interfered with the election, but they broke with the agencies on one crucial point: that the Russians had favored Mr. Trump’s candidacy.

“The bottom line: The Russians did commit active measures against our election in ’16, and we think they will do that in the future,” Mr. Conaway said. But, he added, “We disagree with the narrative that they were trying to help Trump.”

Others, including George Nader, an adviser to the United Arab Emirates with links to current and former Trump aides, only recently came to the committee’s attention.

4-5. Republicans failed to follow the fact by compelling key witnesses to fully answer questions during testimony and to subpoena relevant documents. Rep. Adam Schiff (D-CA), the Ranking Member of the House Permanent Select Committee on Intelligence, released a statement on Monday, noting that:

The Majority was not willing to pursue the facts wherever they would lead, would prove afraid to compel witnesses like Steve Bannon, Hope Hicks, Jeff Sessions, Donald Trump Jr., Corey Lewandowski and so many others to answer questions relevant to our investigation. It proved unwilling to subpoena documents like phone records, text messages, bank records and other key records so that we might determine the truth about the most significant attack on our democratic institutions in history. Instead, it began a series of counter-investigations, designed to attack the credibility of the FBI, the Departments of Justice and State, and investigate anyone and anything other than what they were charged to do — investigate Russia’s interference in our election and the role the Trump campaign played. Ironically, even while they close down the Russia investigation, they plan to continue trying to put our own government on trial: this is a great service to the President, and a profound disservice to the country.

Seth Abramson responded a second time to the news that Republicans were shutting down the House investigation by retweeting an earlier thread detailing all the times Trump had colluded with the Russians, tweeting:

“Please RETWEET this for the Trump fanatics in your life. And apparently for the benefit of Republicans on the House Intelligence Committee, too, who after fourteen months of a fake investigation now say they’ve found zero evidence of collusion.“

We will close by presenting the final paragraphs of Rep. Schiff’s statement:

“Some will say that we should leave the investigation to Special Counsel Mueller anyway, since he has the resources and independence to do the job. But this fundamentally misapprehends the mission of the Special Counsel, which is to determine whether U.S. laws were broken and who should be prosecuted.  It is not Mueller’s job to tell the American people what happened, that is our job, and the Majority has walked away from it. Others may be tempted to say a pox on both houses, and suggest that in a dispute between the parties, both must be equally culpable. But after months of urging the Majority to do a credible investigation, the Minority was put in the position of going along with a fundamentally unserious investigative process, or pointing out what should be done, what must be done, to learn the truth. We chose the latter course.

“On a fundamental aspect of our investigation — substantiating the conclusions of the Intelligence Community’s assessment that the Russians interfered in our democracy to advance the Trump campaign, hurt Clinton and sow discord — we should have been able to issue a common report. On those issues, the evidence is clear and overwhelming that the Intelligence Community Assessment was correct. On a whole host of investigative threads, our work is fundamentally incomplete, some issues partially investigated, others, like that involving credible allegations of Russian money laundering, remain barely touched. If the Russians do have leverage over the President of the United States, the Majority has simply decided it would rather not know. On the final aspect of our work — setting out the prescriptions for protecting the country going forward — we will endeavor to continue our work, with or without the active participation of the Majority.

“In the coming weeks and months, new information will continue to be exposed through enterprising journalism, indictments by the Special Counsel, or continued investigative work by Committee Democrats and our counterparts in the Senate. And each time this new information becomes public, Republicans will be held accountable for abandoning a critical investigation of such vital national importance.”