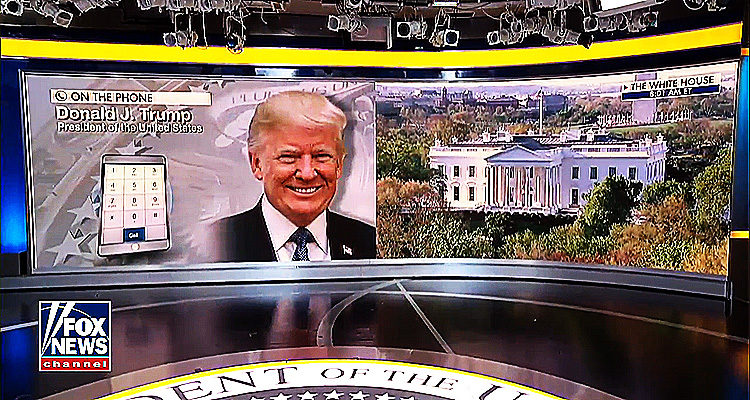 Trump is getting him in trouble, yet again, after he manages to implicate himself in the Stormy Daniels case while attempting to toss personal attorney Michael Cohen under the bus.

As Fox News reported: “President Trump calls into ‘Fox & Friends’ to discuss Ronny Jackson’s withdrawal, Michael Cohen and the possible North Korea summit. Also, the president says he is disappointed in his Justice Department, calls Comey’s book a big mistake and thanks Kanye West for his support.”

The portion we are most interested in is the part where he discusses Cohen and news that he was pleading the Fifth Amendment in the Stormy Daniels case.

About halfway through the interview, Trump was asked about Cohen’s relationship with him as an attorney.

Asked how much of his legal work was handled by Michael Cohen, Trump responded: “As a percentage of my overall legal work a tiny tiny little fraction, but Michael would represent me and represent me on some things. He represents me like with this crazy Stormy Daniels deal. He represented me, and you know – from what I see he did absolutely nothing wrong. There were no campaign funds going into this which would have been a problem.”

Asked why Cohen was pleading the fifth if he didn’t do anything wrong, Trump said that it was because of his business deals and went on to distance himself from Cohen.

The admission that Trump used Cohen to handle the Stormy Daniels matter is particularly important as her attorney, Michael Avenatti, pointed out on Twitter.

“Mr. Trump and Mr. Cohen previously represented to the American people that Mr. Cohen acted on his own and Mr. Trump knew nothing about the agreement with my client, the $130k payment, etc. As I predicted, that has now been shown to be completely false,” he tweeted, using his now-familiar sign-off “#basta” which means “no more” in Italian.

Mr. Trump and Mr. Cohen previously represented to the American people that Mr. Cohen acted on his own and Mr. Trump knew nothing about the agreement with my client, the $130k payment, etc. As I predicted, that has now been shown to be completely false. #basta

He echoed that sentiment during an appearance on “Morning Joe,” calling the Fox interview “another gift from the heavens.”

Continuing, he stated that:

You can watch the Fox & Friends interview, below. Trump starts talking about Cohen at about the 14 minute and 14 second mark in the clip: