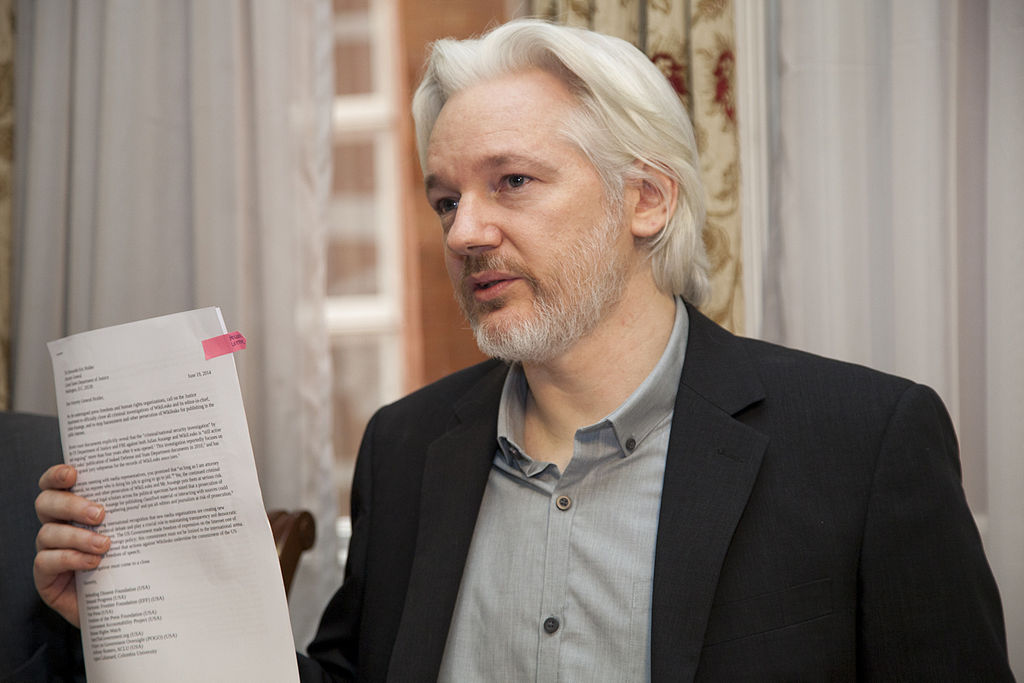 Reports out of Ecuador suggest that the United States might finally be able to extradite and prosecute Julian Assange for his alleged crimes against the USA.

The Daily Mail reported this week that: “Ecuador’s foreign minister has hinted that Julian Assange’s time in the country’s London embassy could be coming to a close.”

In a Wednesday interview with a Spanish news service, Foreign Minister Maria Fernanda Espinosa said that Ecuador and Britain “have the intention and the interest that the Julian Assange affair be resolved.” She added that discussions are underway to reach a “definite agreement” on the issue.

Common Dreams reported this week that “Assange is in immense danger,” adding that: “under immense pressure from the British and U.S. governments, Ecuador imposed a complete ban on Assange having any Internet or phone contact with the outside world, and blocked his friends and supporters from physically visiting him. For 46 days, he has not been heard from.”

We are going to step up our effort and already are stepping up our efforts on all leaks. This is a matter that’s gone beyond anything I’m aware of. We have professionals that have been in the security business of the United States for many years that are shocked by the number of leaks and some of them are quite serious. So yes, it is a priority. We’ve already begun to step up our efforts and whenever a case can be made, we will seek to put some people in jail.

Handing down her judgment at Westminster magistrates court, the senior district judge Emma Arbuthnot said she was not persuaded by the argument from Assange’s legal team that it was not in the public interest to pursue him for skipping bail.

She said: “I find arrest is a proportionate response even though Mr Assange has restricted his own freedom for a number of years.

“Defendants on bail up and down the country, and requested persons facing extradition, come to court to face the consequences of their own choices. He should have the courage to do the same. It is certainly not against the public interest to proceed.”