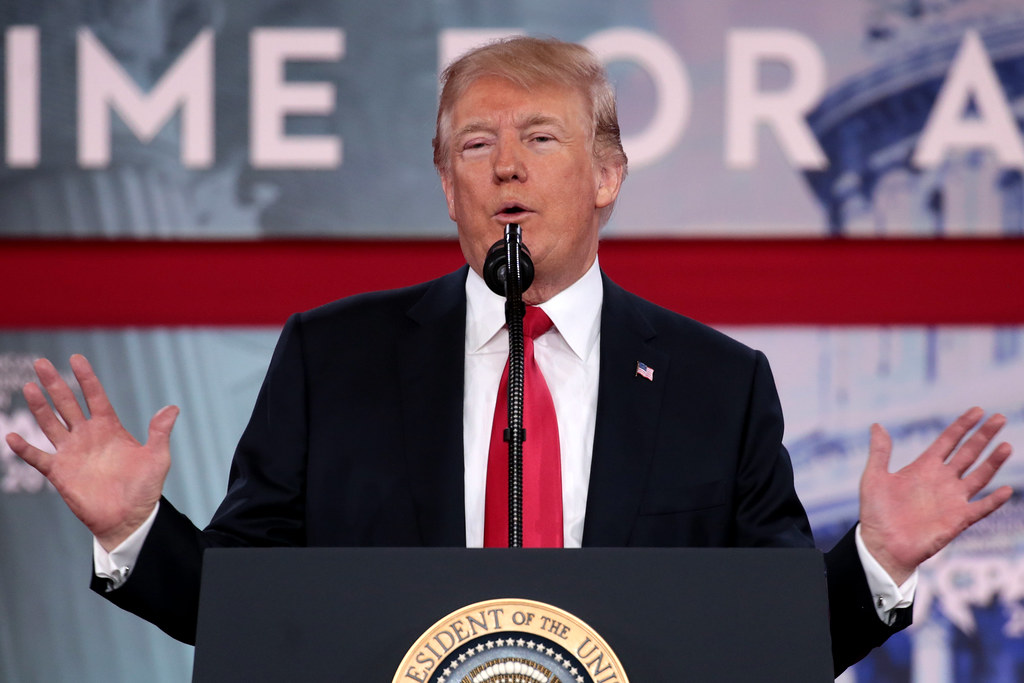 Former Canadian diplomat explains how Canada and other western allies can stop a trade war with Trump in one day.

Scott Gilmore has an extensive resume working as a diplomat having served as a political officer for Global Affairs Canada, for the United Nations’ Office of the National Security Advisor, and as the Deputy Director for Asia for Canada’s Department of Foreign Affairs and Trade.

Most recently, Gilmore works as a social entrepreneur and writer and is best known for founding the charity Building Markets and as an advocate for reform in the international development and charity sectors. [1]

French President Emmanuel Macron, who entertained President Trump with pomp, circumstance, and backslaps could not prevent him from abandoning the Paris Agreement. Germany’s persuasive Chancellor Angela Merkel could not stop him from undermining NATO. And our own government’s exhaustive diplomatic campaign has failed to protect us from the punishing steel tariffs announced today [May 31, 2018] in Washington.

For Canada and the western allies, diplomatic success in the era of Trump has only meant delaying the inevitable. Eventually, with the inexplicable exception of Russia, Trump punches everyone in the nose.

He goes on to explain that the solution to this problem is actually quite simple: “Instead of taxing American goods, Canada and the western allies should collectively pressure the only pain point that matters to this President: his family and their assets.“

And just how does that work? Continuing, Gilmore explained:

As I’ve pointed out before, the President can be successfully engaged, and countries like Ukraine, China, and Qatar have demonstrated this. When they want something from the United States, they skip the State Department, and even the White House staff. Instead of approaching their problem state-to-state, they go state-to-man. These countries focus on what Trump wants on a personal level – to enrich his family. So Beijing granted Ivanka trademarks, Qatar invested in one of Jared’s office towers, and Ukraine, with Slavic candor, simply wired half a million dollars to the President’s personal lawyer Michael Cohen.

For the most part, the western allies understand that if we want the U.S. to do something we must negotiate with the man himself. What we have not grasped yet is, as strange as it sounds, the President of the United States is more concerned about promoting his interests than defending America’s.

Gilmore elaborated on this idea in another article explaining how Canada could save NAFTA (the North American Free Trade Agreement in One Day).

Again, the idea is quite simple – abandon the old style of negotiating country-to-country and instead negotiate country-to-Trump (or his family and/or associates).

Trump practices a hybrid form of transactional foreign affairs. Typically, quid pro quo diplomacy involves states trading favours—one country gets a tariff cut, for example, in return for hosting a military base. But Trump has modified this approach. Traditionally, international relations are conducted state-to-state. Now, they are state-to-Trump.

How did Duterte [Rodrigo Duterte, president of the Philippines] get his invitation to the White House? By appointing one of Trump’s business partners to be his official liaison in Washington. Moscow’s secret? Among other things, Russian oligarchs have been channeling millions of dollars in investment into Trump-owned businesses for several years. The most recent instalment being a $1 million consulting fee to Trump’s personal lawyer, Michael Cohen.

Less than a week before Trump’s sudden desire to help Beijing, a Chinese state-owned construction company finalized a deal to help one of his investments in Indonesia. And White House support for the Saudi pivot against Qatar came right after the presidential son-in-law asked Riyadh to invest in one of his struggling Manhattan office towers.

Leaders around the world have figured out how to deal with the United States—negotiate with the man, not the country… [focus] on what Trump wants, personally.

Investments, for example, are always welcome. A Russian oligarch linked to Putin once gave Trump $50 million more than the asking price for a property he had been unable to sell. Maybe we could move the Canadian embassy in Washington into his Old Post Office hotel.

Trump also likes special deals for his family. The Chinese, for example, just approved more than a dozen trademarks for Ivanka….

But I would argue what Trump craves most is recognition. Therefore, I propose we put his name on the tallest structure in Canada and rechristen the CN Tower with the Trump name. We could use gold paint, with letters 20 feet tall, and it would take less than a day to make the change. We would have a NAFTA deal before the paint was dry.

FOOTNOTE 1: For those unfamiliar with the term, social entrepreneurs work with start-up companies and other entrepreneurs to develop, fund and implement solutions to social, cultural, or environmental issues. PBS reported that “A social entrepreneur, in our view, is a person or entity that takes a business approach to effectively solving a social problem… [They] act as the change agents for society, seizing opportunities others miss in order to improve systems, invent and disseminate new approaches and advance sustainable solutions that create social value.”