Hellfire Rains Down On Trump 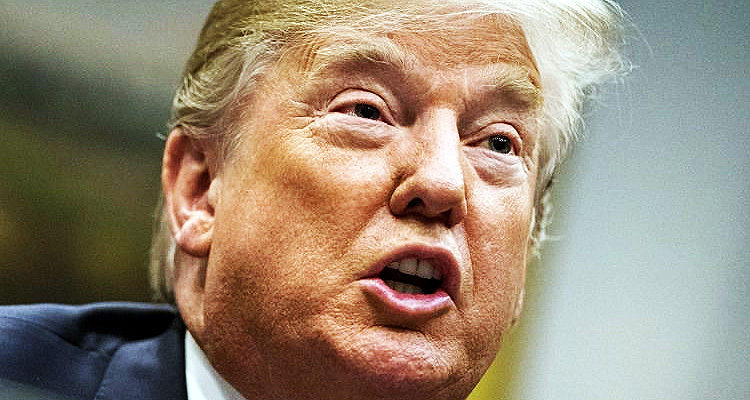 Former Canadian diplomat makes the case for foreign intervention to save America from the Trump regime.

Gilmore has written of Trump’s “diplomatic treason,” writing: “Trump’s foreign policy moves have hurt U.S. influence in return for no benefit. It is beyond bad.” He has written several article dealing with Trump’s corruption and how foreign government are learning that bribery is the best way of negotiating with his regime. Recently, he penned an article calling on Canadians to boycott Trump organization companies and any other companies providing their products or services.

Most recently, he wrote an article making the case for invading America.

While he uses a bit of humor at the very beginning of the article, his article is a serious analysis of the Trump regime and makes a compelling case for foreign intervention to save America from Trump’s lawless administration.

He begins with a quick summary of Canada’s relationship with the United States, writing:

Future historians will never be able to claim we didn’t try. As Foreign Minister Chrystia Freeland said at the end of the recent disastrous G7 summit (and while carefully avoiding the present tense) Canada is “the closest and strongest ally the United States has had.”

And it has not been easy; a more belligerent, loud and difficult neighbour would be hard to find. But we have remained unfailingly calm, helpful and even polite. We were there to accept their wayward American aircraft after 9/11. We fought and died beside them in Europe, Korea and Afghanistan.

He goes on to discuss the near-breakdown of diplomacy between the United States and Canada and most of the rest of the world, writing that “unfortunately, those days are past. Relations between Washington and Ottawa (and Mexico City, and Berlin, and London, and Paris, and Canberra, and Tokyo, and Seoul, and almost everywhere else except Moscow) have reached rock bottom.”

Continuing, he wrote that: “Every effort has been made, through multilateral channels, bilateral visits [and] shuttle diplomacy” to sort out the current diplomatic meltdown, “but none of these strategies have worked.”

After jokingly suggesting that Canada invade the United States, he turns to the problem at hand, offering a detailed analysis.

Gilmore begins by providing three reasons an invasion is necessary:

Turning to the rest of the world, he writes that the international community has an obligation to step in and save America.

Gilmore concluded his article writing that, although the idea of foreign intervention in internal politics in the United States might seem a “drastic step,” sadly it is one that is necessary to help save America from its current condition.