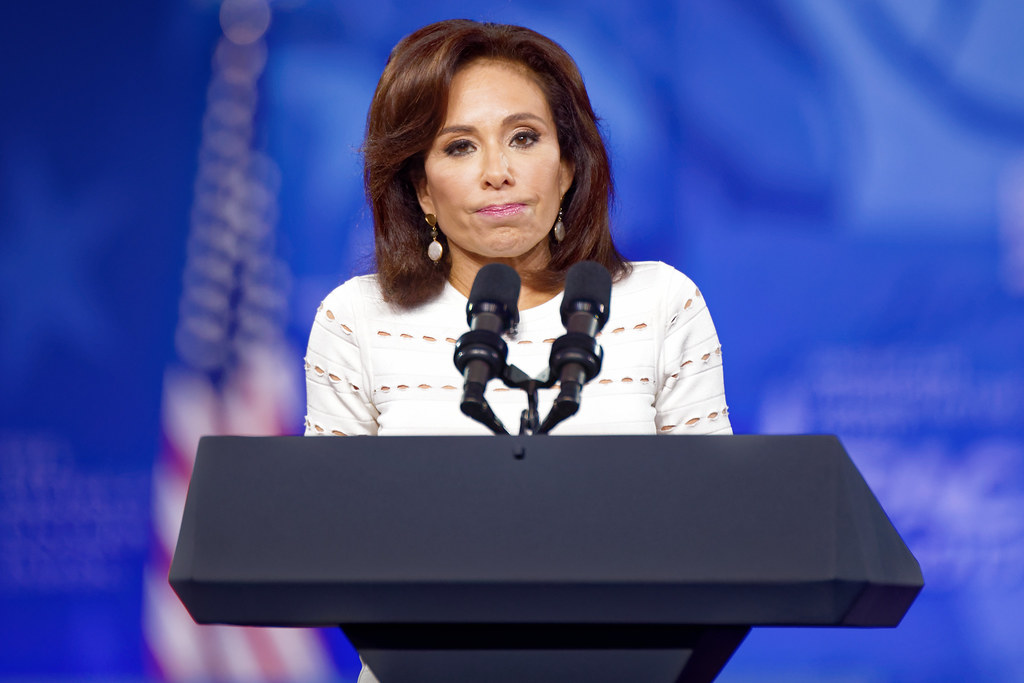 Occasionally, Abramson breaks from Trump/Russia and posts about different subjects, like the time he weighed in on an article by The Hill reporting that Fox News was most-watched cable news network for 65th consecutive quarter. Abramson’s grievance with the network was the fact that Fox News is – at best – “entertainment journalism,” which is “more popular than hard news reporting,” which accounts for the high ranking.

Abramson took time today to weigh in on another article by The Hill – this one about Trump actively promoting Jeanine Pirro’s new book.

The Hill reported that: “Trump reportedly granted Pirro an interview for the book, and The New York Times reported in February that Pirro met with the president to discuss the book,” adding that: “The Washington Post reported earlier this year that White House communications staffers often send Trump officials to appear on Pirro’s Saturday night show on the network because they know Trump will be watching.”

The article also included a link to a Tuesday tweet by Pirro that included photos of her and Trump with Trump holding a copy of her book, “Liars, Leakers and Liberals: The Case Against the Anti-Trump Conspiracy.”

“I think @realDonaldTrump likes it!!!” she tweeted.

Abramson weighed in with a tweet of his own.

“No big deal—just a TV commentator publicly receiving a financial benefit from a politician she covers but also secretly advises on the very matters she covers him on. It’s not like she’s a sanctimonious law-and-order fetishist who last year was stopped by police going 119 in a 65,” he tweeted, referencing an incident from last November.

It's not like she's a sanctimonious law-and-order fetishist who last year was stopped by police going 119 in a 65 https://t.co/O2Qfrp77Qm

The New York Times reported on the incident:

Jeanine F. Pirro, the high-octane host of a Fox News Channel show, was given a summons on Sunday [November 19, 2017] for driving 119 miles per hour in upstate New York, according to the State Police.

Ms. Pirro, a former Westchester County district attorney who now hosts the Fox News television show “Justice with Judge Jeanine,” said in a statement that she was unaware that she was going nearly double the speed limit of 65 miles an hour.

“I had been driving for hours to visit my ailing 89-year-old mom and didn’t realize how fast I was driving,” she said in the statement through a Fox News spokeswoman.