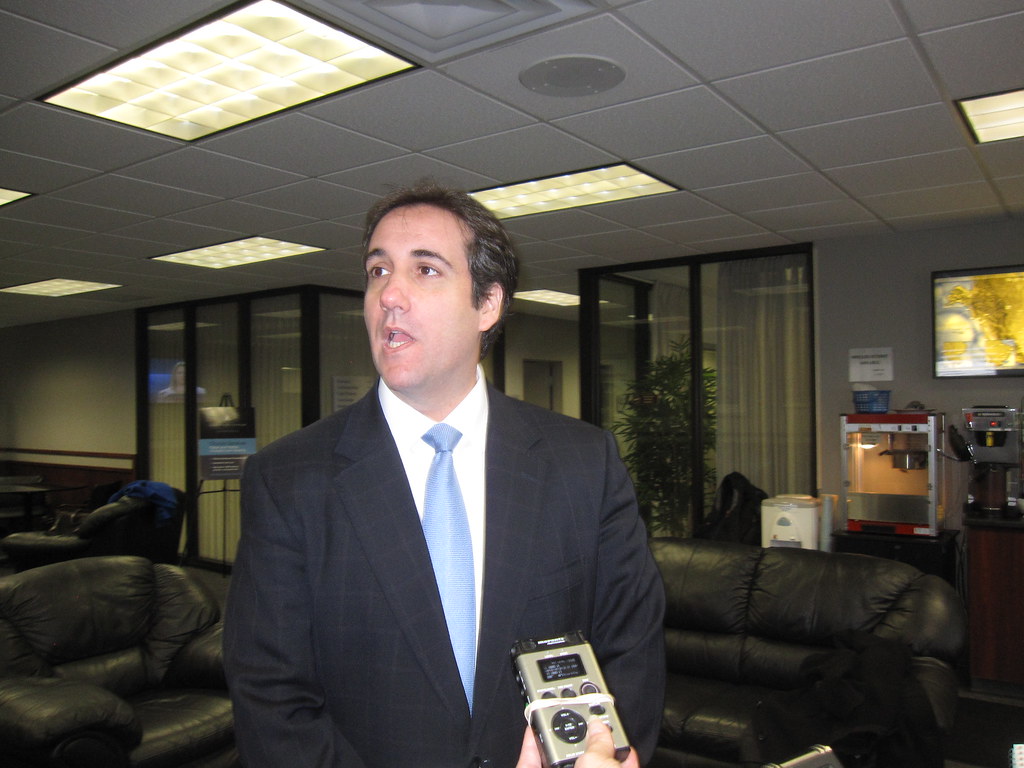 Trump’s longtime personal attorney and fixer tells Good Morning America: “I will not be a punching bag as part of anyone’s defense strategy.”

Cohen hinted at flipping on Trump once he learns the charges to be filed against him in the interview.

ABC News host George Stephanopoulos reported that Cohen “has always insisted he would remain loyal to the president.”

But in his first in-depth interview since the FBI raided his office and homes in April, Cohen strongly signaled his willingness to cooperate with special counsel Robert Mueller and federal prosecutors in the Southern District of New York — even if that puts President Trump in jeopardy.

“My wife, my daughter and my son have my first loyalty and always will,” Cohen told Stephanopoulos. “I put family and country first.”

In @GStephanopoulos' exclusive interview with Pres. Trump's former personal attorney Michael Cohen, Cohen stays mum on commitment to his longtime client: “To be crystal clear, my wife, my daughter and my son, and this country have my first loyalty.” https://t.co/V7gE1FomMf pic.twitter.com/TPu7kkiOpJ

Stephanopoulos elaborated on the interview, writing:

Cohen did not praise the president during our conversation — and pointedly disagreed with Trump’s criticism of the federal investigations.

When I asked Cohen directly what he would do if prosecutors forced him to choose between protecting the president and protecting his family, he said his family is “my first priority.”

Cohen added: “Once I understand what charges might be filed against me, if any at all, I will defer to my new counsel, Guy Petrillo, for guidance.”

But when I pointed out to Cohen that he wasn’t repeating past vows to “take a bullet” and “do anything” to protect the president, the longtime Trump loyalist left little doubt about where he stands now, saying simply: “To be crystal clear, my wife, my daughter and my son, and this country have my first loyalty.”

When I asked Cohen how he might respond if the president or his legal team come after him — to try and discredit him and the work he did for Mr. Trump over the last decade — he sat up straight. His voice gained strength.

“I will not be a punching bag as part of anyone’s defense strategy,” he said emphatically. “I am not a villain of this story, and I will not allow others to try to depict me that way.”

Stephanopoulos went on to report that while Cohen would not answer whether or not Trump directed him to make the hush money payment to Stormy Daniels, “On issue after issue, Cohen did, however, separate himself from President Trump -– starting with the president’s criticism of how the government has conducted its investigation.”

“I don’t agree with those who demonize or vilify the FBI. I respect the FBI as an institution, as well as their agents,” Cohen told me. “When they searched my hotel room and my home, it was obviously upsetting to me and my family. Nonetheless, the agents were respectful, courteous and professional. I thanked them for their service and as they left, we shook hands.”

Stephanopoulos also reported that Cohen refused to criticize Special Counsel Robert Mueller and his investigation, telling him that: “I don’t like the term witch hunt.”

“As an American, I repudiate Russia’s or any other foreign government’s attempt to interfere or meddle in our democratic process, and I would call on all Americans to do the same. I respect our nation’s intelligence agencies’… unanimous conclusions,” he added.

After months of silence, Cohen seemed relieved to be telling more of his story. He visibly relaxed over the course of the interview after telling me — with some understatement — that the last year has been “difficult, upsetting and unpleasant.”

This interview, he hopes, will be a first step towards his ultimate goal: “Resolution.”

“I want to regain my name and my reputation and my life back,” he said.