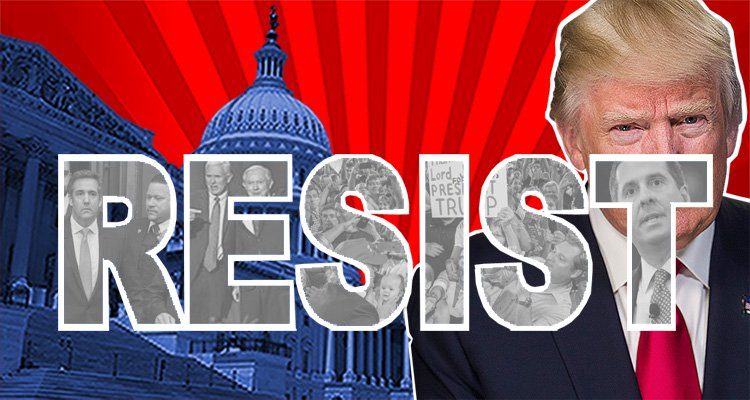 Michael Moore’s latest plan to save democracy from Trump.

Documentary filmmaker and activist Michael Moore has been spearheading much of the resistance to Trump since the 2016 election.

The Washington Post reported last month that “Of all the pebbles in President Trump’s shoe, liberal filmmaker Michael Moore has aspired — since before day one — to be one of the most conspicuous.”

Moore has called for Trump to step aside — even before Trump took office. He has attended protests and sworn that Trump “will not last these four years.” He has staged his own one-man play in New York that made no secret of its aim with its motto: “Can a Broadway show take down a sitting President?”

“Here are 10 ACTIONS we must all immediately take to stop this detestable move by a president who may be weeks away from being indicted,” he began, adding: “Do not despair — ACT! We are the majority and we must never give up. No matter what the odds, basic morality demands our engagement NOW! You DON’T have to take this.”

Continuing, he called on Americans to “participate” in the following 10-point plan:

It is also important to note that, last year, Moore put together a set of tools to enable patriotic Americans in government, law enforcement or the private sector with knowledge of crimes, breaches of public trust and misconduct committed by Trump to blow the whistle on Trump and his rogue administration by using Trumpileaks, a web page on his official website offering a variety of different ways to securely leak information to him about Trump and his administration.

Taken individually or together, Moore offers Americans invaluable tools to push back against the Trump administration.

We have his “Easy-to-Follow 10-Point Plan to Stop Trump.” We have his “10 ACTIONS we must all immediately take” to thwart Trump’s efforts to obstruct justice.” And we have Trumpileaks which provides “the most high-powered encryption technology to enable courageous whistleblowers to privately communicate with [Michael Moore] and [his] team.”

Take these tools, use them and remember to get out and vote in the midterms this November, in fact – take at least two friends with you.