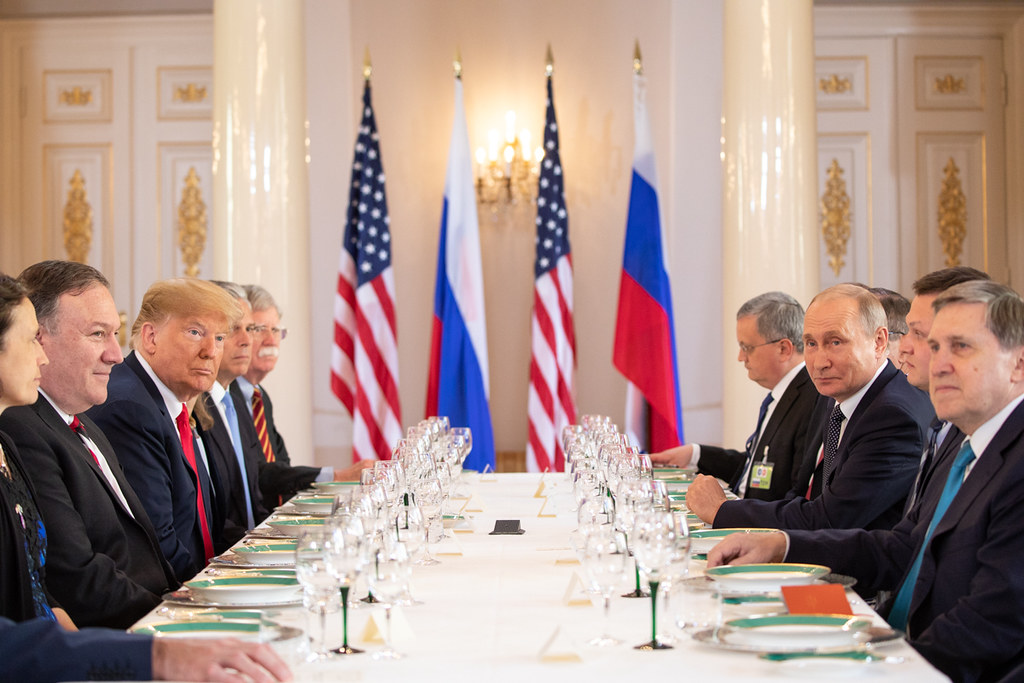 Trump blasted for his ongoing bromance with Vladimir Putin by a former Canadian diplomat. “In 2013 on his way to Moscow, Trump tweeted the question: ‘…will [Putin] become my new best friend?’ Five years later, the answer is a clear ‘yes.'”

His latest international blunder – taking Russian President Vladimir Putin’s word over that of his own American intelligence services – caught the attention of former Canadian diplomat, Scott Gilmore, who has written extensively for Maclean’s Magazine about the Trump regime.

Gilmore has written of Trump’s “diplomatic treason,” writing: “Trump’s foreign policy moves have hurt U.S. influence in return for no benefit. It is beyond bad.” He has written several articles dealing with Trump’s corruption and how foreign governments are learning that bribery is the best way of negotiating with his regime. Recently, he penned an article calling on Canadians to boycott Trump organization companies and any other companies providing their products or services.

Just last month, he wrote an article making the case for invading America. Although that article was tongue in cheek, it did raise some serious questions regarding America’s continued global influence in the Trump era.

He began by stating that Trump’s behavior “was arguably one of the most stunning and disgraceful moments in the history of the American presidency. Clinton had sex with an intern. Nixon covered up Watergate. Kennedy invaded Cuba. But none of them stood in front of the world and publicly sided with America’s greatest rival over his staff, his intelligence agencies, his government and his country.”

“There are no analogous moments,” he wrote toward the end of his article, adding: “When Prime Minister Neville Chamberlain infamously announced his policy of appeasement, he did not defend Germany’s actions nor simultaneously attack his own government. There has been no moment in history where the president has sided with an aggressive rival power over the interests of his own nation.”

Not yet finished, Gilmore published a new article over the weekend explaining that Vladimir Putin is rapidly becoming Trump’s final “last best friend.”