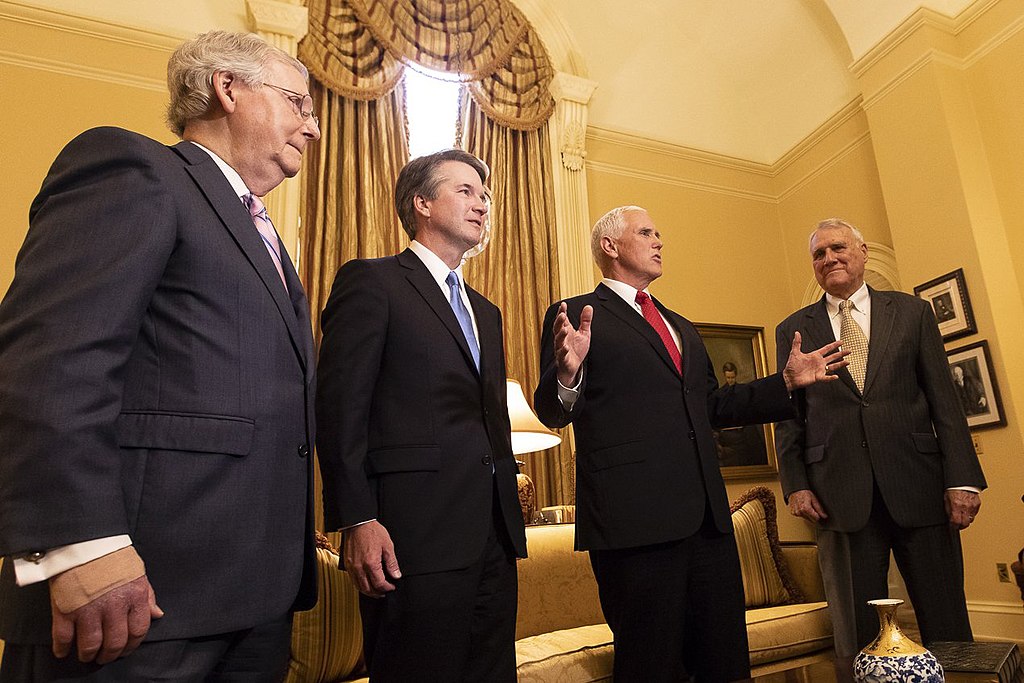 Seth Abramson provides the perfect reason to block Trump’s nomination of Brett Kavanaugh to the Supreme Court of the United States.

Abramson weighed in today on Kavanaugh’s nomination to replace Associate Justice Anthony Kennedy who retired last month; this requires a little background for those who may not have been keeping up with the controversy regarding Kavanaugh’s selection, in light of an article that he wrote a few years ago calling for presidents to be shielded from criminal investigations.

As The New Yorker reported shortly after his nomination: “In a 2009 article for the Minnesota Law Review, [Kavanaugh] wrote that Congress should consider exempting sitting Presidents from criminal indictment, because such cases were distracting and ‘inevitably politicized.'”

CNBC shed some light on the  controversy, reporting:

[Kavanaugh] has a track record of strongly supporting executive power, which includes calling for sitting presidents to be shielded from criminal investigations and civil lawsuits while they are in office.

Critics of the president say Kavanaugh’s stances on executive power helped his standing with Trump… Trump faces pending civil lawsuits and an ongoing criminal probe of members of his presidential campaign by special counsel Robert Mueller, who wants to question him.

Kavanaugh’s record of deferring to presidential power, which includes suggesting that a president should not be constrained while in office by the responsibilities of “ordinary citizenship,” is hardening resistance among Democratic senators to Kavanaugh’s appointment.

Abramson posted a two-part tweet today explaining how Democrats should leverage that information to block his consideration as a nominee:

Trump’s nomination of Kavanaugh may actually be *part* of a criminal course of conduct, given what we know about how and why Kavanaugh was selected: to help Trump obstruct justice and evade the rule of law. Why is no one making the argument against Kavanaugh hearings in that way? When you’re under federal investigation, you *don’t* get to pick the judge in your case, as your selection would be presumed corrupt. Here, we know that Trump and his team were part of a clandestine deal to get a SCOTUS pick *and* to get a judge who’d help Trump evade justice.

Trump's nomination of Kavanaugh may actually be *part* of a criminal course of conduct, given what we know about how and why Kavanaugh was selected: to help Trump obstruct justice and evade the rule of law. Why is no one making the argument against Kavanaugh hearings in that way?

If you haven’t been following former criminal investigator and defense attorney Seth Abramson on Twitter, you should consider taking the time.

If you are interested in reading more of Abramson’s work, Twitter user @chicken_afraido created a document linking to every Trump-Russia thread published by Abramson going back to autumn of 2016. The document begins with his updated bio from 8 December 2017, but then hops to his latest threads and works in reverse chronological order. He also has a web page linking to Abramson’s threads using category listings for those interested in a breakdown by topic.