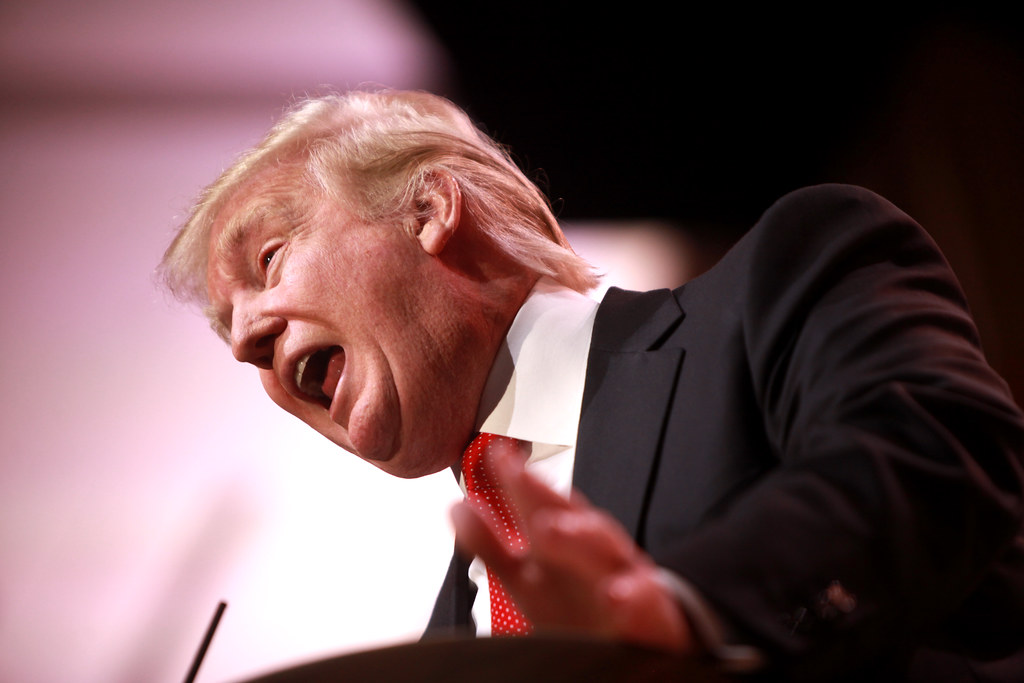 American allies like Canada are getting sick and tired of Trump and his bullying tactics and are starting to punch back against his regressive trade policies.

American allies such as Canada are getting sick and tired of Trump and his antics – from his withdrawal from the Trans-Pacific Partnership and the Paris Agreement and his violation of the Iran Nuclear deal to his recent trade wars and policy of separating migrant children from their parents as a means of deterring immigration.

Leading Canadian news magazine Macleans has been spearheading much of the country’s push-back against the Trump regime and led the charge with a bold new plan targeting key states and the Republican leadership in a bold move to help swing the midterm elections against the party of Trump.

Macleans set their plan in motion shortly after Trump announced his tariffs with the publication of an article which “compiled a list of products” that Canadians can support “at the expense of their American counterparts.”

In other words, Macleans is calling for a boycott of American products currently on Canada’s tariffs list.

But wait, it gets better. They are not calling for any old boycott. Nope, they are targeting key swing states and home states of leading Republicans, such as Speaker Paul Ryan of Wisconsin and Mitch McConnell of Kentucky.

The aim of that plan is two-fold, as Macleans explained to fellow Canadians:

“In some cases, you’ll be ramping up pressure in key U.S. political constituencies by foregoing products on Canada’s tariff list. In others, you’ll be boosting Canadian-based operations whose supply networks span the border, reminding Americans which country imports more of their goods and services than any other.”

This sentiment extends an earlier call by former Canadian diplomat, Scott Gilmore, who has written extensively for Maclean’s Magazine about the Trump regime.

A few weeks ago, Gilmore called for a coordinated Canadian boycott targeting Trump and his family members.

His article included a list of companies to boycott that are either owned by Trump and his family or ones that sell or otherwise promote Trump goods and services.

“Let’s hit him where it hurts, shall we?” he wrote in the subtitle of the article.

You all have your reasons. Some are furious about domestic policies that lock child asylum seekers in cages. For others, it’s a foreign policy that supports Russia and denigrates allies. Maybe it’s just the man himself, who boasts of assaulting women. Or, it might even be the tariffs, sparking unnecessary trade wars that are killing jobs in the U.S. and abroad. Whatever the reason, you’re reading this because you want to hit back and hurt Trump in the only place he cares about – his wallet.

He explained to his fellow Canadians that “targeted sanctions” imposed by governments “take time.” However, “[you] can move much faster and are far stronger than you realize. Just ask Roseanne Barr, who recently lost her job just hours after individual consumers threatened the ABC network with a boycott. These same market forces can be applied to Trump.”

Gilmore’s article concluded with a list of companies to boycott, “compiled with the assistance of data collected by the Grab Your Wallet campaign.”

Concluding his instructions, Gilmore noted that “There are four different ways Canadians can use this list:”

And the best part is that you can take this advice yourself and use this list whether you are Canadian or from the United States or any other individual who opposes the Trump regime.

Why wait for the midterm elections? Here’s something you can do today to put pressure on Trump’s lawless regime.

You can check out our collection of articles about Scott Gilmore and his powerful observations by clicking here.