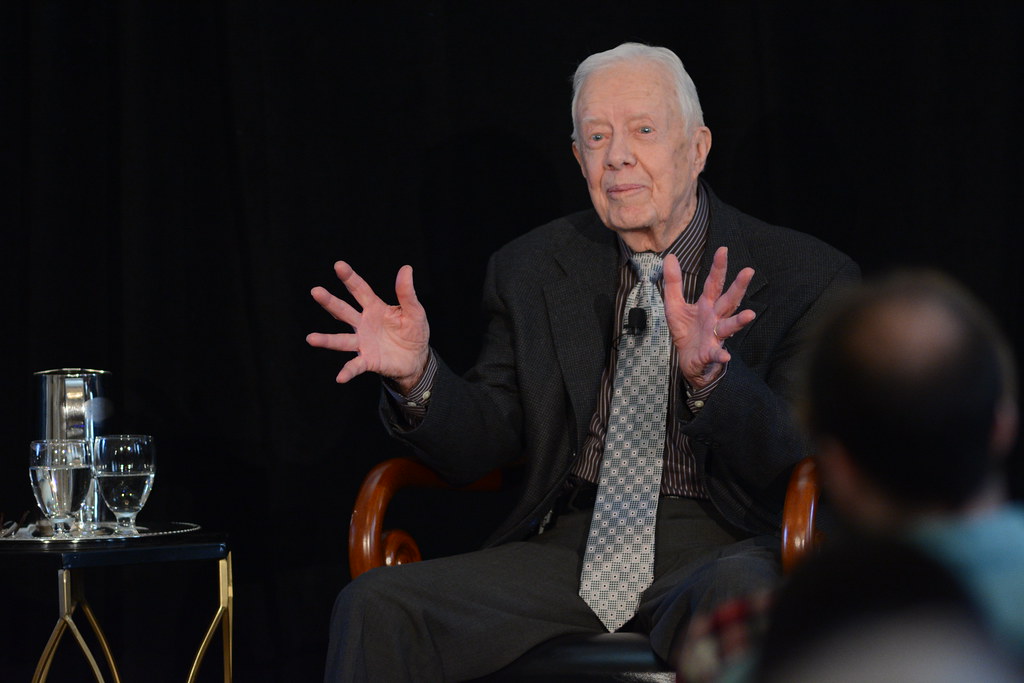 “Jimmy Carter has remained notably quiet about Donald Trump, but on this night, two years into Trump’s term, he’s not holding back.” ~ The Washington Post

“Trump seems manic, swatting at scandals like he’s wearing a suit of jelly in a late-summer swarm of horseflies,” the article began.

His Twitter feed has reached new levels of fury and paranoia, his words even more discombobulated than usual.

Whatever the reason — maybe the horseflies are eating at him — I sense the walls closing in on our yeller-in-chief. And that’s dangerous, as we saw this week with his vindictive decision to pull former CIA director John Brennan’s security clearance.

That should be enough for any sensible person to see through the fog of Make-America-Great-Again delusion. But it most certainly won’t be.

Which is why we need more.

There are five living former presidents who have, for the most part, laid low during Trump’s presidency. It’s time for Jimmy Carter, George H. W. Bush, Bill Clinton, George W. Bush and Barack Obama to speak up, as one.

As if on cue, that same day, The Washington Post published an article detailing Jimmy and Rosalyn Carter’s retirement lives, contrasting their humble lifestyle to that of other former presidents and to the current billionaire occupying the White House.

When Carter looks back at his presidency, he says he is most proud of “keeping the peace and supporting human rights,” the Camp David accords that brokered peace between Israel and Egypt, and his work to normalize relations with China. In 2002, he was awarded the Nobel Peace Prize for his efforts.

“I always told the truth,” he says.

Carter has been notably quiet about President Trump. But on this night, two years into Trump’s term, he’s not holding back.

“I think he’s a disaster,” Carter says. “In human rights and taking care of people and treating people equal.”

“The worst is that he is not telling the truth, and that just hurts everything,” Rosalynn says.

Carter says his father taught him that truthfulness matters. He said that was reinforced at the U.S. Naval Academy, where he said students are expelled for telling even the smallest lie.

“I think there’s been an attitude of ignorance toward the truth by President Trump,” he says.