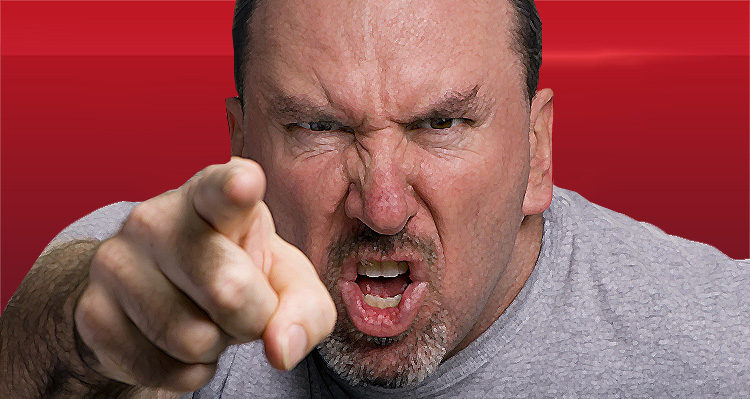 If you disregard facts, and choose to insult women based on your own insecurites, you might be a misogynist.

Before I launch into my message, I want to make something VERY clear. I am not directing this letter to every single conservative man. I am directing this to the men who feel the need to act like buffoons and angry children when proven wrong by a rational woman using sourced facts.

So. There’s this man named Bob who friended me. Bob is very conservative. He hates Obama and he gets his “news” from FOX. Rather than take any time to research a topic he doesn’t understand or know much about, he makes generalized and false statements, and he refuses to acknowledge that he might be wrong. It doesn’t matter what facts or source links he may be presented with, or if the people he is conversing with are not being nasty to him. Bob just has to be right – even when he’s been proven wrong.

As a person who focuses on politics, I understand this will occur on my page. People will disagree. That is fine. When I am having a conversation with someone and they use facts to back up what they say, prove me wrong, and they communicate their information with a fair and even-handed tone, I will absolutely own that I was mistaken. I have done it before. I do not cling tighter to my false information because I can’t stand that someone else is right. I am human and I have never claimed to have all the answers about everything. That would be silly of me.

I tolerated Bob’s willful ignorance. He wasn’t nasty. He was relentless. He wouldn’t go away. I wasn’t sure why he enjoyed commenting on my very liberal page. I will give him props for being one of the lone conservatives in a sea of liberals.

Bob, Karen and I were having a conversation about equal pay and gender discrimination. His take was that he has never seen it and therefore it doesn’t exist. I explained that just because he hasn’t seen it first-hand, doesn’t mean it doesn’t exist. He still argued. I suggested that rather than dismiss something he didn’t understand, that he take some time to research it as I have. Karen posted information and links about the Equal Rights Amendment, and I posted a link about gender discrimination.

That’s when Bob said to us what so many conservative men say to women when they are confronted with informed feminists.  He told us that our hostility and name-calling is hurting feminism.

Do you REALLY believe that childish tactic works? Do you think that after you “put us in our places” we crawl into a hole and die? Do you think we all of a sudden believe that someone like you, who resists reality and facts, is going to drag us down to your pathetic level? Hahahaha. If so, you are sadly mistaken.

Bob behaved like a 3 year-old who didn’t get the 3rd piece of candy he wanted, so he stomped his angry feet and attempted to side-track us by insulting us.

Here’s a clue for Bob and those like him: Women and men with brains see you for what you are. And what you are is extremely insecure, limited and angry. We pity you.

Unfortunately we have to share a planet with you and that’s just the way it is. Sigh.

To Bob and the men like him – grow up and get a clue. Because even though you will find like-minded misogynists to grunt and flex your biceps with, you are the reason we aren’t a more advanced  species.

Read a little. Educate yourself. It’s fun and interesting, and it feels better than using childish manipulations that are meant to distract us from reality – all  because you can’t be bothered to learn something new and expand your horizons.

Just in case – if you are not guilty of doing this and feel the need to say to me that not all conservative men do this, please re-read the beginning of this post.