September 5, 2018 by Kimberley Johnson No Comments 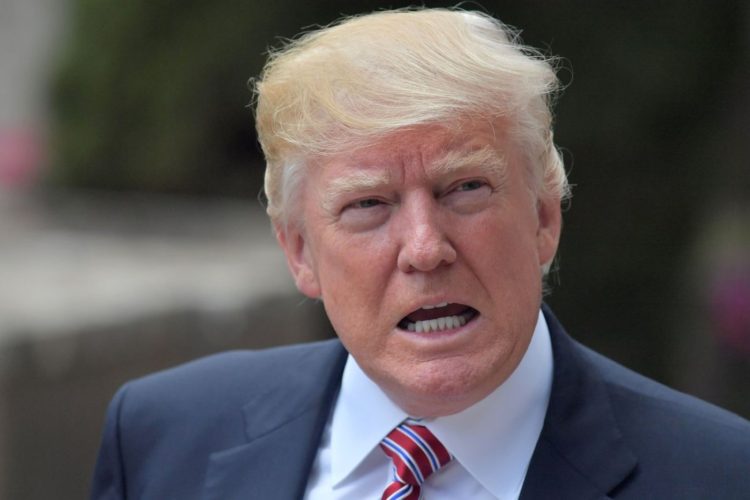 One of the allegations in the book is that Trump referred to US Attorney General Jeff Sessions as “mentally retarded.” From the Washington Post: “A near-constant subject of withering presidential attacks was Attorney General Jeff Sessions. Trump told [Rob] Porter that Sessions was a ‘traitor’ for recusing himself from overseeing the Russia investigation, Woodward writes. Mocking Sessions’ accent, Trump added: ‘This guy is mentally retarded. He’s this dumb Southerner. . . . He couldn’t even be a one-person country lawyer down in Alabama.’”

The bold assertions in Woodward’s book reportedly took Trump’s attention away from the heated Kavanaugh confirmation hearings, and just past 11 p.m. on Tuesday, he tweeted: “The already discredited Woodward book, so many lies and phony sources, has me calling Jeff Sessions ‘mentally retarded’ and ‘a dumb southerner. I said NEITHER, never used those terms on anyone, including Jeff, and being a southerner is a GREAT thing. He made this up to divide!”

The already discredited Woodward book, so many lies and phony sources, has me calling Jeff Sessions “mentally retarded” and “a dumb southerner.” I said NEITHER, never used those terms on anyone, including Jeff, and being a southerner is a GREAT thing. He made this up to divide!

However, Daniel Dale of the Toronto Star provided proof Trump has indeed referred to others as “retarded.” In a 2004 radio interview with Howard Stern, Trump called his golf instructor “mentally retarded,”

Trump just claimed he's never insulted anyone as "retarded." He's done it at least twice *on the radio*: https://t.co/3ODxJdObaB pic.twitter.com/7XWBY7uAjY

Excerpt from The 2004 Stern interview:

TRUMP: I said, well wait a minute, lets go a little further. My ratings are higher than “Friends” now ― by a lot. And the other thing is it’s an hour program. And “Friends” as you know is a half-hour.

TRUMP: And you know who told me that one? I have a golf pro who’s mentally retarded. I mean he’s really not a smart guy. And I’m playing golf and I’m thinking about what I’m going to tell NBC, and this golf-pro comes up to me and he tells me, “Yeah but your show is an hour and ‘Friends’ is a half-hour.”

In 2016, The Daily Beast reported that Trump repeatedly described actress Marlee Matlin as “retarded” during her time on the reality series, “The Apprentice,” in season 11.

You can watch Trump refer to his golf instructor as “mentally retarded” at the 19:45 minute mark of this Stern interview: