April 27, 2016 by Kimberley Johnson No Comments 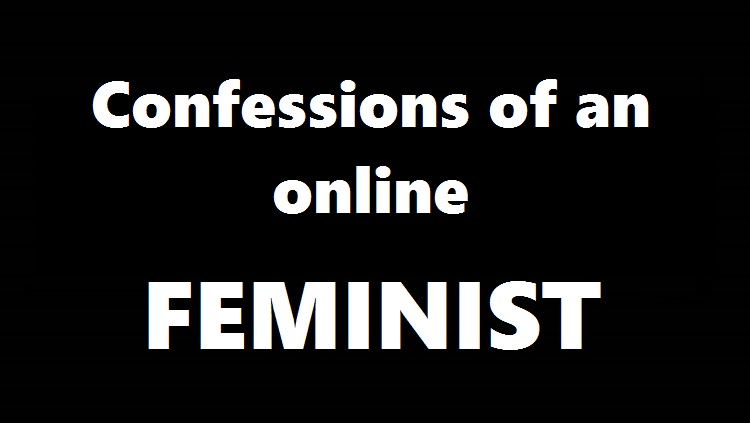 When I started my Facebook profile page back in 2010, I had one simple goal: to promote my book about first-time sex. I quickly learned that Facebook is not the venue to promote books, yet I persevered.

In 2012, Rush Limbaugh referred to Sandra Fluke as a slut and, without realizing the impact of his misogynistic buffoonery, he helped create an online army of determined feminists. Between the Tea Party gaining legislative power and the endless uneducated comments from Republican leaders about rape, social media has become a bastion in the renewed push for gender equality. It is within this framework that I accidentally stumbled upon my current vocation as a blogger and my activism as a feminist.

I enjoy a robust and actively engaged following. Since my focus is political, there are variety of opinions in the comments and a good deal of disagreeing. I often point out misogynistic, sexist behavior from men. I make an effort to choose language carefully. I specify that it’s #notall men. Because, duh. But I do it because if I do not, I get a raft of shit from men insisting that NOT ALL MEN ARE ASSHOLES!!!!

Obviously not all men are sexist assholes, but . . . there are too many men who simply cannot resist telling women online how they should think/behave/feel/react.

The fact is, women in the public eye must endure this behavior and worse. We get death threats; we get messages from men threatening us with rape and bodily harm. My posts often showcase misogyny and sexism. Since there are a boatload of articles and graphics highlighting these subjects, I’m never at a loss for material. This also means I get comments and messages from feminist men who worry that I’m either upset with them personally or that I might be painting with too broad a stroke. They want to make sure I know there are good guys out there fighting for women’s rights and against the vile online man trolls, and they specifically want me to know that it’s #notall men. To these men I say: Yes. I am aware. Thank you for being awesome, but please stop arguing the obvious.

Occasionally a man troll will comment on an article calling out mansplaining, and they’ll remark that the articles won’t stop men from doing it. Maybe they’re correct, although there are some men who don’t even realize they’re doing it. Once it’s pointed out, and they realize it, they stop.

For the sake of argument, let’s presume it doesn’t stop men from mansplaining or trolling women online. That’s okay. I can’t speak for others, but the reason I focus on these subjects is not because I think I can make certain men change; it’s so women will see other women fighting against the endless parade of man trolls and find the strength to join in the fight. I often receive messages from women informing me that either I have inspired them to speak up for themselves in difficult situations, or they provide me with examples of what they’ve done to silence a misogynistic man troll. When I’ve seen other strong women holding court against trolls – even Republican women who I don’t usually agree with – it gives me a feeling of solidarity and makes me want to join in.  It’s about helping other women find strength and feel confident. It isn’t about hating men or blaming men for everything. If one jumps to that conclusion, I can only surmise that it’s out of deep seated insecurities, and I don’t have the time to hold your hand. Other men get it. So everyone can get it.

To recap: Not all men are misogynistic sexist jerks, but enough of them are. I will continue to call them out so that more women, who might not know how to deal with these types of men, will feel a sense of solidarity and find strength in numbers.