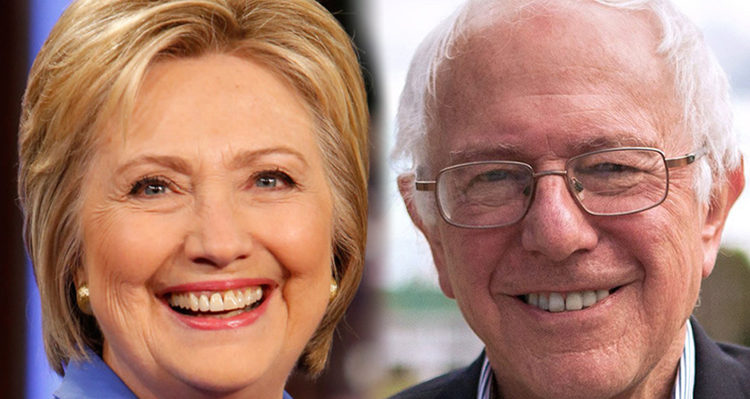 All you Bernie Sanders and Hillary Clinton supporters need to calm down!

I’m an admin on various feminist and political Facebook pages, which means I have the arduous task of reading comments so that I can ban trolls when they appear and correct the ill-informed. You can imagine what fun that is. It’s a wonder I’m not living in a padded room.

If one of the many admins on a page posts a pro-Hillary Clinton article, Bernie Sanders supporters flip their shit and automatically assume the page is endorsing her.

If one of the many admins on a page posts a pro-Bernie Sanders article, Hillary Clinton supporters flip their shit and automatically assume the page is endorsing him.

In the interest of full disclosure, I’m supporting Sanders in the primary, but NONE of the pages for which I’m an admin have endorsed ANYONE. Most of the time, there are several admins on the pages who write for various blogs; those writers also have their individual candidate preference – and they write about it. Since pages have both Sanders and Clinton supporters, there’s something for everyone. That’s’ the idea.

Why then, do so-called “adults” throw tantrums and make big whiny announcements they’re leaving the page? Some folks even feel the need to message the page and announce their departure. These same people CLEARLY fail to realize that there’s often a favorable article about the candidate they support just a few posts further down the page.

And before each side screams that the most common offenders are mostly Sanders people or Clinton people – it’s both. Both sets of supporters behave like whiny diaper babies. It’s really unbelievable that liberals are so short-sighted that they believe one lone article defines an entire page or site. The Huffington Post has many bloggers and each blogger writes about their own personal perspective. They do not represent the entire site. Get it?

If you can’t handle that a page, which hasn’t made any candidate endorsements, posts articles about the candidates who are running for president, maybe you need to take a break from politics and go have a fun day at the beach, or at the movies, or do something to shake off your angry, bitter tunnel vision.

The primary is almost over. Seriously. Get over yourself and grow up. 🙂