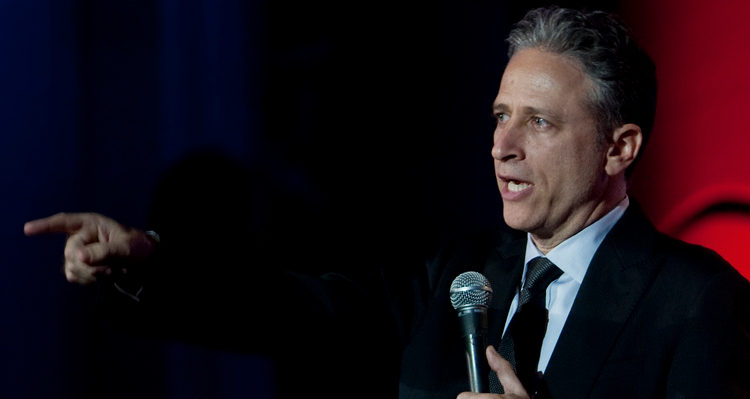 Jon Stewart is returning to television to cover the Democratic and Republican conventions.

There has been talk about Jon Stewart returning to television since the cable giant HBO announced last November that Jon Stewart signed an exclusive four-year contract to create short-form digital content for HBO Go, HBO Now and other platforms.

Then in May there were rumors that Stewart might return prior to the election after HBO CEO Richard Plepler told CNN’s Brian Stelter on May 5th that he was “hopeful” that the show would launch before the general election in November.

Fans rejoiced at the prospect of his returning, hoping he would save us all from a mundane campaign. As Vanity Fair reported at the time:

Sure, it’s no guarantee that Stewart’s return will restore peace to a fractured America. In fact, by his own admission, it might be too late to save us. When asked if he would consider returning to TV if Trump were elected president, Stewart said last September, “I would consider getting in a rocket and going to another planet because clearly this planet has gone bonkers.”

Then the good news broke when earlier today Esquire reported that: “on Monday, Stewart will return to TV to help Stephen Colbert kick off two weeks of The Late Show‘s coverage of the Republican and Democratic National Conventions, Vulture reports.”

“For the past year, Jon Stewart has spent his time feeding pigs and saving cows, only making a handful of public appearances,” Esquire continued, adding that “May was a particularly busy month for the former Daily Show host.”

The first week of May, Jon Stewart and David Letterman came out of retirement to mock Donald Trump and Republicans during the 75th birthday celebration for the USO at Joint Base Andrews in Maryland. [You can watch Stewart and Letterman crushing Trump here.]

Then, a few days later, Stewart called Trump a “man-baby” and an “unrepentant, narcissistic @#%-hole” during an interview with David Axelrod at the University of Chicago’s Institute of Politics. [You can watch that interview here.]

Esquire goes on to report that “HBO is confident that Stewart will return before the general election in November.”

Stewart hosted “The Daily Show with Jon Stewart” for 16 years, beginning in 1999, and stepped down from the show earlier this year. The show won three Primetime Emmys®, including Outstanding Variety Talk Series, and has received 23 Primetime Emmys® overall, as well as two Peabody Awards, which are given in recognition of distinguished and meritorious public service by American radio and television.

Featured Image in the public domain, courtesy of the U.S. Navy.