Open Letter To Jill Stein – You Are No Bernie Sanders 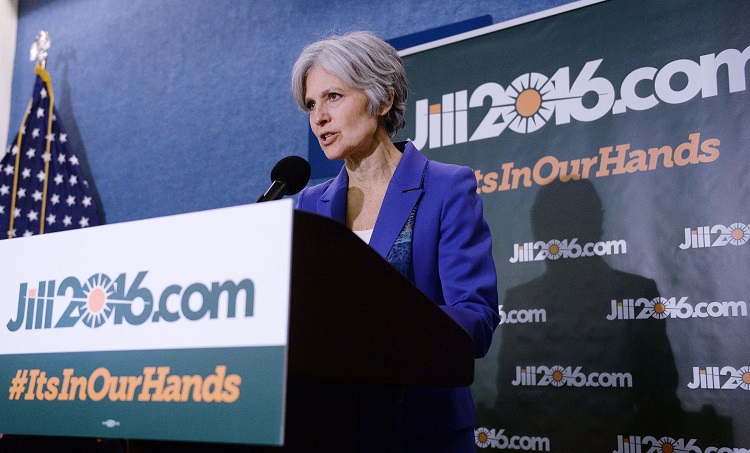 Vermont Senator Bernie Sanders entered the presidential race last year with very little name recognition and no Super PAC funding. Despite the mainstream media and progressive talking heads writing him off, ignoring him or dismissing him, he was able to give Clinton a serious run for her money – no pun intended. He continues to be a major force in the political arena and in the progressive movement. His charisma and message resonated with millions and millions of voters. This is something you, Dr. Stein, have yet to accomplish.

There are some Sanders supporters who’ve now decided to support you for president because Clinton is the nominee – in other words, because you were unable to generate enough excitement on your own.

While it’s admirable for you to espouse Green Party ideals, you will not be president in 2017. You simply don’t have the numbers. For what it’s worth, the Electoral College prevents third-party candidates from ever possibly winning the presidency. Just ask Ross Perot who ran a hugely popular campaign, yet failed to come close to winning. You have never written or passed legislation. You have never engaged in the day-to-day business of running a municipality, much less a country. In short, you aren’t taken seriously on the Hill because, as Dan Savage said in his epic rant, you have no real experience in serving the people. We definitely need more progressive leaders in Congress, but as an outsider who is virtually unknown, you will not be able to make the positive changes you claim to be fighting for by being a spoiler. Your candidacy will not only hurt Clinton, it will hurt your own fight to bring about the changes this country needs to go forward. If Trump wins by a close enough margin, you will be viewed as the new Ralph Nader, and it will negatively impact your political career.

RealClear Politics has you in last, with current polling at an average of 3.6 percent. That’s less than Gary Johnson, the Libertarian candidate, who’s at 8.9 percent. In fact, your polling percentage never exceeds 6 percent. As it currently stands, anyone who votes for either one of you will be handing their vote to the other side. This isn’t an opinion. It’s fact.

Your run will strip votes away from Clinton just as Johnson will take votes from Trump. Bernie Sanders knows this. That’s why he isn’t running as a third party candidate. He also realizes he, like you, can accomplish more with a Clinton presidency than a Trump presidency.

Your candidacy is only noble in theory. If your goal is to work for the people, then that’s exactly what you need to do. Work for the people. Don’t just pop up every four years and insist you’re the one with all the answers. Run for state or local office now, where you’d have a chance at winning. Get some experience and make it happen. That’s exactly what Bernie Sanders has done for the majority of his life. And that’s why he has experienced the success he has. While he didn’t get the Democratic nomination, he’s managed to carve out a leadership position both in Congress and as an influential progressive leader.

Your supporters believe that a vote for you is a way to stick it to Clinton. Where did these voters stand before Bernie Sanders entered the race? They were either going to vote for the Democrat or not at all. Like in past elections, you’ve failed to generate enough excitement to be viable. You’re riding on Sanders’ coattails and it appears your own ego and delusion is preventing you from understanding the bigger progressive picture.

I know I’ll catch a lot of heat for what I’ve just written, but my message to you isn’t about what others will think of me. It’s about what your small but important role is as a spoiler in an election where Donald Trump, an unapologetic white supremacist, racist, megalomaniac can win the White House if you continue to mislead your supporters into thinking you have any shot at all in defeating him or Clinton.