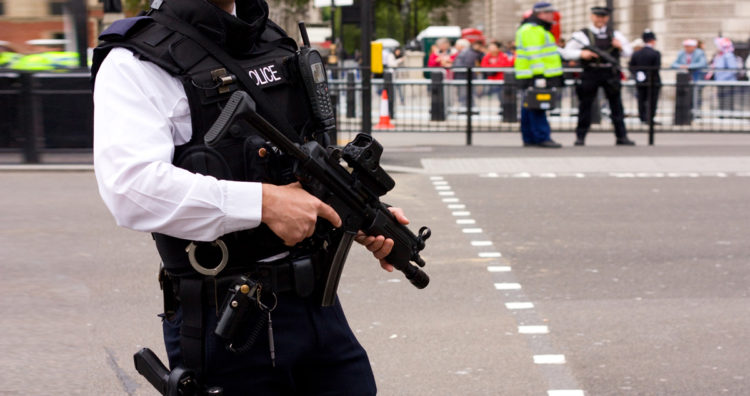 Trigger happy cops in the United States could learn much from their British counterparts.

Fatal shootings by police in the United States has become a major political issue in recent years, and official figures out of Great Britain paint a stark contrast with those coming out of the USA.

As of August 1st of this year, The Guardian newspaper’s project, The Counted, has recorded that 587 of 630 people killed by the police so far this year were gunshot victims.

The Independent reported last week that: “Official figures in the United Kingdom could not paint a more different picture. Statistics released by the Home Office – Britain’s interior ministry – show how rare it is for the UK’s police to use guns.”

That report shows that British police in England and Wales discharged their firearms on just seven occasions in the period from 1 April 2015 t0 31 March 2016.

And as The Independent notes, “This figure is actually a record, of sorts…. Seven uses of weapons is the highest since at least 2009.” 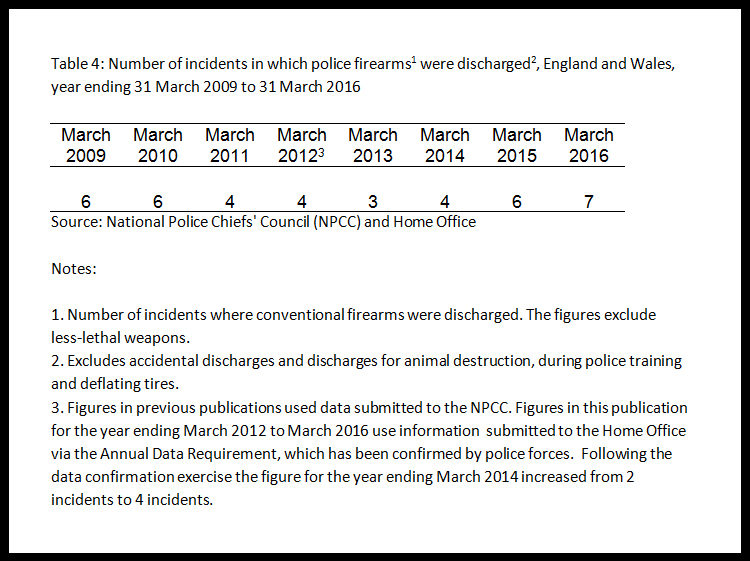 The United States has a much bigger population than the United Kingdom with 319 million residents to the U.K.’s 64.1 million. However, as The Independent reports, “on a per-capita basis, Britain’s rate of police gun use would translate into US police using their guns on 35 occasions in an entire year. This would be an unthinkably low number.”

To put this in perspective, a separate report by The Independent from last summer noted that: “American police kill the same number of people with guns in a day that UK officers do in a year.”

What we can learn from British law enforcement

So what can law enforcement in the United States learn from all this?  The Independent offers some insight:

As The Independent reports: “Sir Peter Fahy, chief of the Greater Manchester Police, commands 6,700 officers — just 209 of whom are armed. Those authorized to carry guns, he said, face extremely tight protocols governing when they can be deployed and under what circumstances they can fire. Shooting at moving vehicles, at people brandishing knives and at suspects fleeing a scene are all strictly forbidden except under extreme circumstances.”

All officers, he said, are taught to back away from any situation that might otherwise escalate and to not feel that they have to “win” every confrontation.

“I constantly remind our officers that their best weapon is their mouth,” he said. “Your first consideration is, ‘Can you talk this through? Can you buy yourself time?’ ”

As The Independent adds: “That mantra helps explain why, across England and Wales over the past decade, there has been an average of only five incidents a year in which police have opened fire.”

The Independent concludes their article with the following grim observation:

Sir Denis O’Connor, a former police chief who later served as a royally appointed independent overseer of British police work, said cops here take seriously the idea of “policing by consent.” They see themselves as working for the public, he said, rather than for the state itself.

They also know that someone is always looking over their shoulder.

“The cops here tend to fear getting it wrong and being criticized by a judge,” he said. “Cops in the U.S. fear getting shot. Those are two very different worlds.”