Elizabeth Warren Is Angry As Hell, Calls Donald Trump A ‘Loser’ A ‘Cheat’ A ‘Tyrant’ 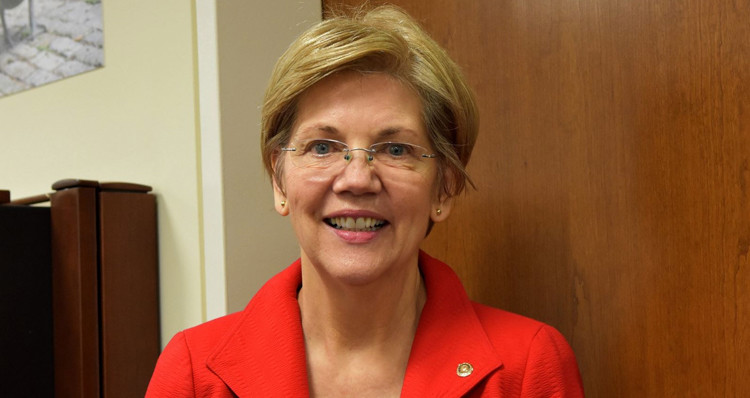 Progressive firebrand Elizabeth Warren is speaking out about Republican presidential front-runner Donald Trump, and she isn’t holding anything back.

On Monday, the Massachusetts Democratic Senator sent out a series of tweets calling Trump a “loser” and “a failed businessman who inherited a fortune from his father and then maintained it ‘’by cheating people, by defrauding people, and by skipping out on paying his creditors through Chapter 11’’ bankruptcy protection.”

Let’s be honest – @realDonaldTrump is a loser. Count all his failed businesses. See how he cheated people w/ scams like Trump U.

She also call him out for his for his “petty bullying, attacks on women, cheap racism, flagrant narcissism.” [Trump was described as suffering from narcissism by a leading group of psychologists late last year.]

Why is it that @realDonaldTrump can call himself the “unity” candidate while basing his campaign on racism, sexism, xenophobia & hatred?

Warren referred to Trump as a “tyrant’ and called on “all of us to stop” his campaign.

We cannot elect wannabe tyrants to the White House. Not now, not ever. It’s up to all of us us to stop @realDonaldTrump .

As The Boston Globe reports, Warren followed up on Thursday, telling reporters that: “Donald Trump claims that the reason he’s qualified to be president of the United States is that he is a very, very, very successful businessman. Donald Trump is not a great business success and it’s time he’s called on it.”

Warren also called out Trump for quoting Benito Mussolini, the former fascist dictator of Italy, telling reporters: “He’s the one who quotes Mussolini. That is really scary and the American people should pay very close attention.”

You might recall that Trump stirred up controversy in February when he retweeted a quote from Mussolini – “It is better to live one day as a lion than 100 years as a sheep” – claiming it didn’t matter where the quote originated, that it was “interesting.”