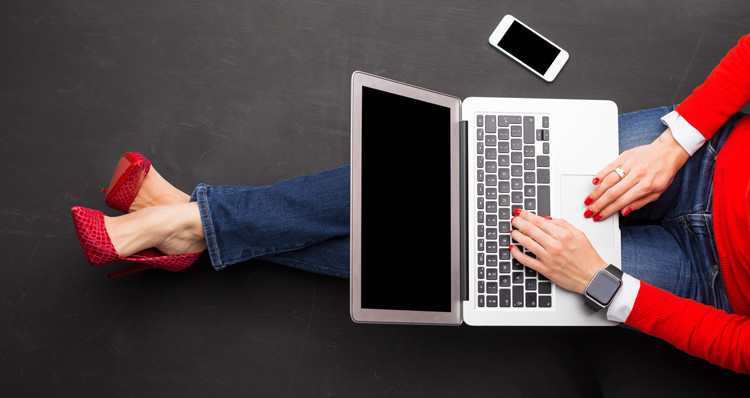 Buzzfeed featured women holding signs that explain why they don’t need feminism a couple of years ago, but their message is just as strong today – if not stronger.

Some of the reasons these woman stated they don’t need feminism:

– They are not victims.
– They don’t blame men for everything.
– They respect all humans, not just one gender.
– They don’t feel the need to demonize men.

I am a feminist. I am not a victim. I don’t blame men for everything. I respect all humans, not just women and I don’t feel the need to demonize men.

It would be easy to react with anger to these messages from those who don’t feel they need feminism – because these messages do not reflect my outlook, and they don’t reflect the outlooks of my feminist friends and colleagues. Not at all. In fact, these messages are absolutely not true.

When I was in high school, I never learned about women’s suffrage. I am not the only one who was robbed of the rich history that included powerful, brave women who risked their lives so I can enjoy the rights and freedoms I do. Because of this, most of my life I took it all for granted. I was happy to feel free and equal.

It wasn’t until the beginning of 2011 that many of these rights and freedoms began to unravel. I and other feminists took notice. Tea Party politicians took office and promptly started to attack women’s rights; rights that had been in place for decades. Rights that had been secured because of feminists. In fact, in the first three months of 2011, there were already 916 anti-women bills that were either introduced or passed. Most of them had to do with abortion restrictions and birth control restrictions.

The assault on reproductive rights was the hardest hit. Women’s health clinics have been closed because Tea Party evangelicals falsely assert they are nothing more than abortion mills. Legislators say that women are dependent on government because of our out-of-control libidos. They say our bodies can naturally reject a rape pregnancy. They have also said that a baby that is created out of rape is something that God intended – all in an effort to ban choice.

I ask you this – are you, as women, okay with the fact that pharmacists can deny your prescription of birth control because they say it is against their religion? This is legal and has been reported in many states. Are you okay with the fact that, in at least 30 states, rapists can sue their victims for custody and visitation rights if a baby is a product of the rape? Are you okay with employers getting away with discrimination based on gender because there is nothing in the Constitution that specifically protects us? Even the late and very conservative Supreme Court Justice Antonin Scalia noted that the Constitution does not protect anyone from gender discrimination, “Certainly the Constitution does not require discrimination on the basis of sex. The only issue is whether it prohibits it. It doesn’t.”

Feminists want equality for all – not just for women. To make a blanket statement that we hate men is simply untrue. There are men who identify as feminists because they recognize there is still work to be done – that we don’t all have equality in the eyes of the law. To those who make that claim that we hate men – have you met every feminist? I am a feminist and I don’t hate men. Your theory falls apart. I do hate that some men, who have the power to write laws and erode women’s rights, are taking us backward. I hate that Rush Limabaugh calls us sluts and this attitude bleeds into the national conversation.

Women are supposed to say and do nothing about it?

Yes, we are angry at the men (and the women) who want to remove the rights we have fought so hard to secure – rights that benefit you.

One of the signs in the article points out that feminism isn’t needed because women can vote.

The REASON women can vote is because of women like Alice Paul and Lucy Burns and the countless other suffragettes who fought so that women COULD LEGALLY vote. Feminists fought for you, and saying you don’t need feminism because you can vote makes absolutely no sense.

Looking back in history, we can thank so many women for their struggles and their bravery. Harriet Tubman risked her life to free slaves, and she was a fierce advocate for women’s suffrage. Gloria Steinem was the first female journalist to write about having an abortion, and Malala Yousafzai took a bullet in the head because she was determined to get an education – and she still fights.

How can you say this is victim-hood?

I fight for all women. I want all of us to be recognized as equal in the constitution. I fight so the Equal Rights Amendment (ERA) will be ratified. If you are not familiar with the text, have a look:

Equality of rights under the law shall not be denied or abridged by the United States or by any State on account of sex.

What you’ll notice is that there is no mention of women. The amendment would protect all of us from discrimination. This includes fathers who are fighting custody battles. Currently, the courts favor the mother. That isn’t fair. Custody should be granted to the most capable parent. Additionally, men would also be federally protected if they face gender discrimination in the workplace. The ERA would also guarantee fair and equal pay to women in the military who risk their lives.

There will always be a minority of people who hate on others. To single them out and to use them as the sole source of your argument makes you appear limited, ill-informed and, frankly, you appear as if you have a hatred of your own gender. Maybe you don’t. But this is how people who just want fair treatment in the eyes of the law see you.

I am truly sorry you feel this way. I hope that you will expand your minds to see that feminists are humanists.

When we are all equal, we all win – including men. Feminists who fight for equality are not victims and they do not feel they need a “leg up” or special entitlements. We just want a fair and equal playing field.

You don’t have to like any of these women listed below, but there’s no denying they made an impact on your life. They made it easier to exist as a woman with a voice:

Do some research on how these feminists have made positive changes and how you have benefited as a result of their actions. If you still feel that feminism is not needed, then you are choosing to allow your anger, your lack of education and the false narrative that has been presented to you, to rule your thinking. And if that is the case, I can only say that I am grateful you are in the minority.