May 3, 2016 by Kimberley Johnson No Comments 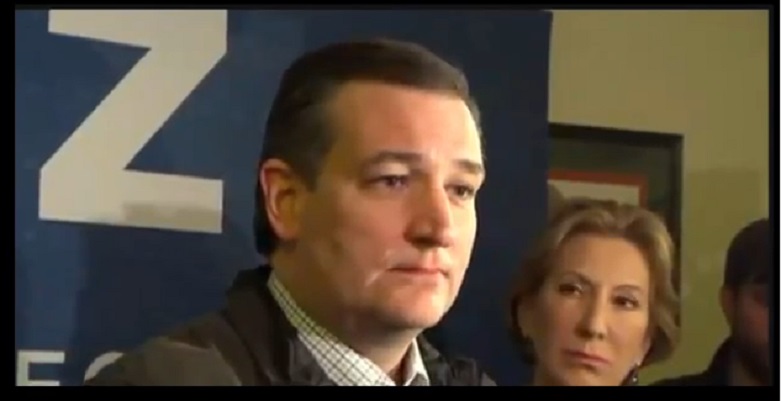 With his VP pick Carly Fiorina at his side, Cruz made a last ditch effort to appeal to Indiana voters by ripping into Trump and telling reporters that he’s a bully, a serial philanderer, and a pathological liar.

What irked Cruz more than anything was Trump’s allegation that Cruz’s dad murdered JFK and that Trump’s source was the National Enquirer. True to form, Cruz delivered his Trump attack with his “I’m really sincere” face. While his criticism is clearly justified, we’re essentially witnessing the ugly demise of the Grand Ole Party.

I think my favorite Cruz dig is, “Donald Trump is such a narcissist that Barack Obama looks at him and goes ‘Dude, what’s your problem?’”

Cruz has a right to be angry at Trump for spreading the ridiculous rumor, and every point he made about Trump is accurate, but one must recognize that what’s currently happening in the Republican Party is a direct result of the lunacy that has been bubbling up for years. Tea Party evangelicals and right-wing extremists have been driving the GOP crazy train to self-destruction, and it’s all coming to a head before our eyes.

Trump is behaving like a juvenile prank caller who keeps calling Cruz and, rather than not answering the phone, Cruz  falls for it every single time.

Watch Cruz do his best to sway the Indiana primary in his favor: