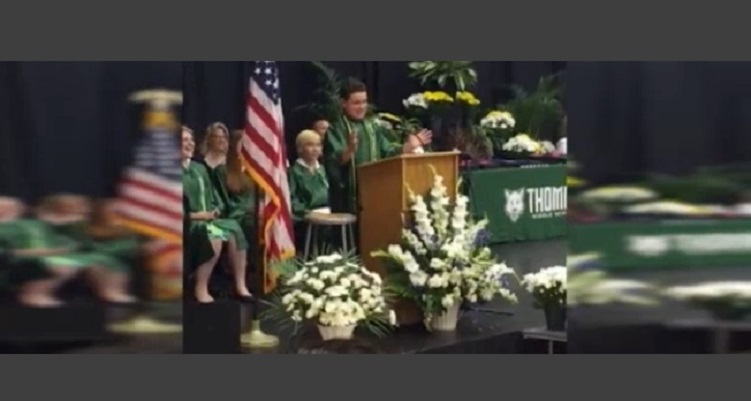 This entertaining Chicago teen has a bright future in show business!

From Trump’s self-aggrandizing praise to Sander’s accent and buzz words to Cruz’s impossible sincerity to Clinton’s exaggerated talking points, it’s clear Aiello not only follows the presidential candidates and their platforms, he has a terrific future as an entertainer if he chooses to take that path.

His parents told 5NBC Chicago that he’s been doing impersonations for years and that he’s very interested in politics.

“He’s been doing them since he was very young — family members, teachers, he even makes up his own silly voices and he’s been doing that for a very long time,” said his mother, Carla Aiello. “And then with the election, he watches the news clips and he just absorbs everything.”

Not surprisingly, the audience gave him a standing ovation.