September 6, 2016 by Kimberley Johnson No Comments 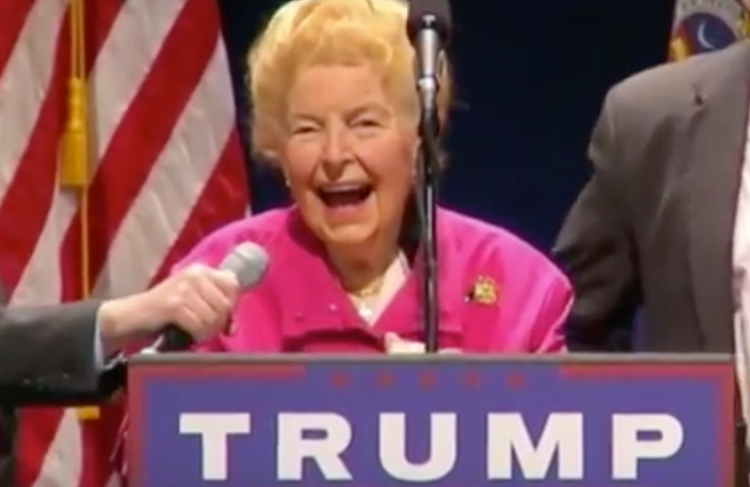 In an ironic twist of fate, conservative anti-feminist and anti-union activist Phyllis Schlafly passed away on Labor Day.

I have written about Schlafly in several blogs, on FB and in my book American Woman: The Poll Dance. I spoke ill of her while she was alive. I have no desire to speak ill of her now. She’s gone and I offer my sincere condolences to her family and those who loved her.

Now that she’s passed, I’d like to focus on one of her greatest accomplishments – the effort that derailed constitutional gender equality.

Unlike some of the comments I’ve seen and some of the memes that have been circulating on social media, I take no pleasure in her death — and it’s not because I’m taking the moral high ground. I’m saddened she passed away before the Equal Rights Amendment was ratified into the United States Constitution. I would have liked for her to witness America elect a woman as president. Aside from a ratified ERA, nothing would have given me more pleasure than to see Schlafly’s anti-feminist desires thwarted while she was alive to witness the unraveling of her life’s work. But as the song goes, you can’t always get what you want.

Here’s a quick recap of what I consider to be her greatest achievement: In the 1970s, there was momentum to get the Equal Rights Amendment enshrined into the U.S. Constitution. In order to pass a constitutional amendment, thirty-eight states must ratify it, and by the late 1970s thirty-five states had ratified the ERA. It appeared that constitutional gender equality was inevitable. The women’s liberation movement was seeing all kinds of victories, and the ERA would have been the biggest and most important victory for women’s rights.

Disgusted with feminists and all of their equality rhetoric, Schlafly started the Stop ERA campaign – which played on the fears of women who were afraid to embrace individuality and take on the responsibility of earning their own money. It was certainly a daunting prospect for those who preferred to leave the financial responsibilities up to men as they reveled in patriarchy. For the record, I don’t blame the women who were afraid of equality. It was a different time, and it was something they’d never experienced. We often fear the unknown.

Schlafly used those fears to her advantage. She preached that women should be stay-at-home moms, be completely dependent on their husbands and not work.  The ultimate hypocrite, Schlafly utilized the path paved for her by feminists and went on the road, leaving her family to fend for themselves while she spread lies about what constitutional gender equality would mean. Her charisma earned her financial backing from conservatives who wanted to  stop the women’s liberation momentum. She instructed her supporters to spread her anti-equality message by wearing a smile and traditional feminine clothing. She wanted these women to stand in direct contrast to the unsavory “angry liberal man-hating” feminists.

Some of the untrue scare tactics Schlafly used to convince women to work against their own interests included:

ERA will deprive wives and widows of their “dependent wife” benefits in Social Security.

ERA will require young women to register for military service (even though we don’t have a draft), and if they fail to register, they would lose their federal college grants and loans and would never be able to get a federal job.

I debunk all of these lies HERE. And in case you’re not aware of the benefits of a ratified ERA, you can read about them HERE and HERE.

In the end, Schlafly succeeded, and the excitement and momentum surrounding the ERA quickly began to diminish. No more states ratified the amendment, and an extended deadline applied to the ERA eventually expired in 1982. Feminists were devastated. It was a tough blow and one that seemed, at the time, impossible to resurrect.

Aside from the fact that the United States still doesn’t have a provision in the constitution that specifically protects women and men against gender discrimination, one of the other results of Schlafly’s success is that at least two generations don’t realize that women are still not viewed as equals in the eyes of constitutional law. Because of this lack of knowledge, there is little desire from the general public to get this done. The good news is there is a new movement to remove the expired deadline and to move forward with the last three states.

In fact, in another ironic twist, the long awaited documentary Equal Means Equal became available on Demand and on iTunes the day after Schlafly died.

I urge you to watch the documentary the Los Angeles Times called “a forceful argument for women,” and The New York Times named a Critics’ Pick and “a fact-packed new documentary…featuring legal experts, ordinary women and top-line feminists (including Eleanor Smeal and Gloria Steinem), who are still making a case for the amendment decades later.” It’s not only eye-opening and chock-full of information, it’s entertaining.

Phyllis Schlafly was an activist with a vision – one woman who made a negative impact and a lasting mark on the progress of equality.

Too often people complain they alone are unable make to a difference and therefore do nothing. Take a cue from Schlafly who fought hard against equality, on a platform built by feminists, and won. One woman made a difference. One. Woman.

We all have individual power, and together we are stronger. Phyllis utilized her power with success. It is up to the rest of us to undo the damage she caused. It is up to us to push lawmakers and government officials to finally get the ERA ratified.

Don’t allow Phyllis Schlafly have the last word on gender quality. Let’s make her roll over in her anti-feminist grave and finally get the ERA into the Constitution.