September 27, 2016 by Kimberley Johnson No Comments 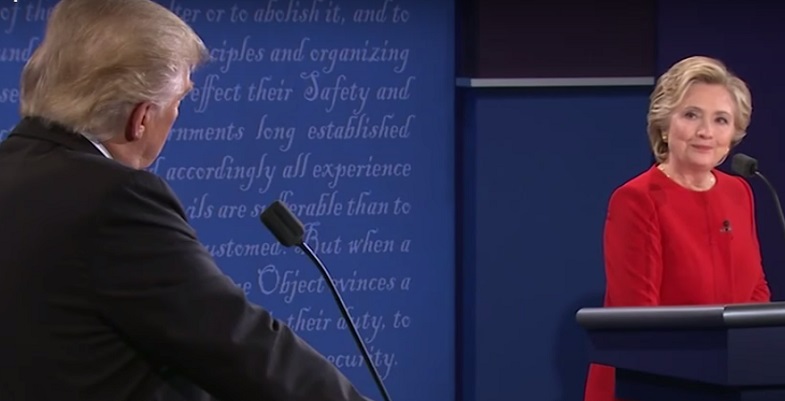 The first Clinton v. Trump debate was a spectacle and like no presidential debate we’ve ever seen. Initially, it appeared as if Trump would behave – the bar that was set for him was low, so very low – and all he had to do was remain calm,  speak clearly and not fall down.

No one quite expected Trump to unravel the way he did. The constant and mysterious sniffing, the interrupting, the lack of substance, the lies, the word salad, the mansplaining – Trump’s fantastical downward spiral was a glorious disaster for him and for the Republican Party.

But this was the first of three debates, and — as we’ve witnessed in past election cycles — a candidate can bounce back from a bad performance. While it’s tough to imagine Trump waking up and learning from his near fatal debate errors, it is possible.

David Speakman (who gave me permission to post his status update – and also mentioned that I can clean up any typos or grammar issues) had a thought-provoking take on what we can expect moving forward. So I’m posting it here for the sake of conversation:

Here is my take on this debate: Hillary never debated Trump before, but it’s obvious she studied his past debates. This is the 4-step strategy I saw:

1. SHE IS IMMUNE TO HIS ATTACKS: His normal MO is to talk over people, lie about their record, fluster them, and get them to go on the defensive — which gives anecdotal credibility to his assertion. She was unflappable in that regard. (Her 68-years experience of being a woman probably helped here, as I have noticed that almost all women learn at an early age to deal with men and boys constantly interrupting them.)

2. SHE SUCCESSFULLY BAITED HIM: She dangled red meat out in front of him a few times and he bit. Every single time. She was in control.

3. LONG GAME: It’s obvious she has a three-debate strategy here:

Hillary is playing into the expected media narrative for now, and tested out Donald at the same time. She now knows how to get him to lose his cool and set him off his game. He does not know how to do that to her yet. I think her goal is to do better than expected in debate two (following tradition, they expect her to lose) and to bury him in debate three.

4. FIRST DEBATE IS A FISHING TRIP: She and her advisers will likely watch this debate dozens of times, picking it apart to look for what works (refusing to cede control to him, baiting him, laughing off his lies, not dodging any moderator questions) and what does not (pointing to the web site, etc.).