April 17, 2017 by Kimberley Johnson No Comments 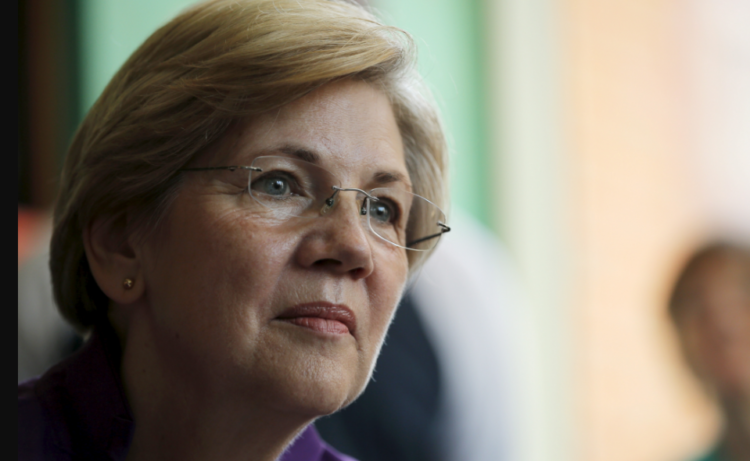 That’s the question on the minds of many progressives as we watch an orange madman and his cohorts systematically destroy America’s institutions and traditions. And right now, Warren won’t tell us if she will run in the next general election. She does, however, offer a glimmer of hope in a divided party.

The Boston Globe interviewed Warren about her new book coming out on Tuesday, This Fight is Our Fight; and, as the Globe pointed out, she was careful to not wax poetic on why Hillary Clinton lost. While it was suggested she was not “enamored” by the Obama administration’s economic message – adopted by Clinton – Warren refused to assert that message was the reason Trump won the 2016 election. In fact, Warren, in her signature style, seems to go out of her way to not criticize Democrats and instead chooses to stay laser-focused on positive messages and solutions.

When asked why she’s refrained from taking a more critical approach to the Democratic Party’s shortcomings, she had this to say:

“I never lose sight of the fact that Democrats have tried to do more for working people than Republicans. Have Democrats failed? Yes. There have been places where we have not fought as hard as we should, but Republicans as a party have blocked every move that would have helped working families.”

“She [Warren] dispatches her decision not to run for president in little more than a page. She forgoes any autopsy of what Hillary Clinton and the Democratic Party got wrong. She doesn’t even mention meeting with Clinton in Washington to discuss her prospects for joining the ticket as Clinton’s vice presidential pick.

Instead, Warren has produced a policy-focused (or, in her word, ‘nerdy’) book that is reflective of a politician whose future could depend on preserving Democratic alliances. Put another way, this is no Bernie Sanders-style screed.”

Warren was criticized by some Bernie Sanders supporters because she refused to endorse him during the primaries (she didn’t endorse Clinton either — although she did endorse Clinton in the general election); however the animosity she faced has died down, and Warren’s soft-spoken yet firm message, combined with her leading role in the anti-Trump movement, makes her a force to be reckoned with — and a in a perfect position to help unite the party.

It was announced last December that Warren would be joining the Armed Services Committee – a move MSNBC’s Lawrence O’Donnell called a “very important move that could be a first step in a presidential campaign.”

Warren doesn’t spend her time wondering what might have been. She looks forward and stays focused on how to repair the damage that’s already been done, as well as how to fight against what she fears will be a “knockout blow” from Trump to America’s already dwindling middle class.

Her unique passion, authenticity, and her unrelenting desire to fight for the American middle class is precisely the kind of unifying leadership progressives of all stripes need at this critical time.