September 28, 2017 by Kimberley Johnson No Comments 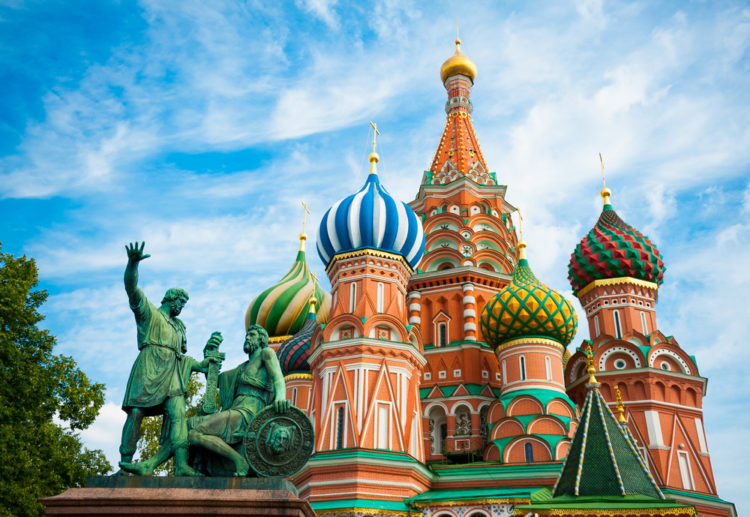 Some intelligent voters are going to have to admit they fell for various degrees of Russian propaganda if we want to get our democracy back on track.

I was one of those voters, and I admit I fell for some of their tactics.

Before you chase me with torches and call me a corporate whore, please allow me the opportunity to make my point.

I supported Bernie Sanders in the 2016 primary, and I supported Hillary Clinton in the general election. I didn’t support him because of Russian fake news — I preferred his vision over hers. I was also not thrilled with Debbie Wasserman-Schultz’s performance as DNC chair. I aired my many grievances with the DNC in articles and Facebook posts starting in 2014 after the devastating Democratic midterm turnout. I also called and sent emails expressing my frustration.

In 2015, I had the opportunity to see Sanders speak on two occasions at the Netroots convention and I was sold. I was particularly thrilled when my activist friend asked him to support the ratification of the Equal Rights Amendment, and he said he would. Not long after, it became part of his online platform.

I joined a number of Sanders groups on Facebook, and what I experienced was an enthusiastic online community of people who were energized and hopeful about Sanders’ vision. Occasionally, someone would post a negative story about Clinton and without fail, they were scolded by others in the group. These Sanders supporters made it clear the groups weren’t created to bash her; they were created to support him, and that’s how it went — until the Russians changed everything.

I noticed an uncomfortable change around April and May of 2016 – though, at the time, I had no idea it was Russians spreading disinformation. We’ve now learned their propaganda consisted of attacks on Clinton and support for Donald Trump, Bernie Sanders, and Green candidate Jill Stein.

These once positive groups became solidly anti-Clinton in no time. Member reaction changed from being pro-Bernie to anti-Hillary, and members would go on long angry rants about how horrible she is, vowing never to vote for her no matter who the Republican candidate was. They called her “Shillary” and “Killary” and posted extremely unflattering photos of her. They claimed she and Bill Clinton were murderers – a favorite Republican smear tactic. But this time liberals were buying the lies. Liberals were accusing her of unthinkable deeds. They had each other and fake articles to back up and fuel their anger.

In the summer of 2016, one female Sanders supporter I knew personally posted a meme suggesting Hillary Clinton was behind John Kennedy Jr.’s death. As soon as I saw it, I said it was ridiculous. She became defensive and I’d clearly crossed a line with her. She began viewing me as her enemy – as if I’d betrayed her. I couldn’t believe it. She’s not a stupid person — quite the contrary. I wondered how she could fall for such nonsense.

Now that we have a better understanding of how the Russians operate, I can see how intelligent people had their emotions manipulated. As I mentioned, I am counted in that group.

During the 2016 primaries, I would see people in these groups complain about their registration changing from Democratic to Republican in closed primaries — or they were not listed as being registered to vote at all and were turned away from the polls. Many of these folks said they’d switched from Independent to Democrat so they could vote for Sanders. When they were turned away, the idea that the DNC was engaging in dirty tricks spread like wildfire in these groups. This is where I started to fall for the disinformation. My distrust of the DNC grew. No one in mainstream media was acknowledging it was happening, and Clinton supporters dismissed all of it — often in condescending tones — which helped fuel the fires of division. Now we know that Russian hackers targeted voter rolls as well as spreading fake news. The key here is the distrust. I knew something fishy was happening; and, because I already felt frustration toward the DNC, it wasn’t a far leap to begin distrusting the organization. Bitter feelings began to take over my emotional state. I started questioning Clinton because she and Wasserman-Schultz were working together. For me, the 2016 race started with frustration with the Democratic party; and then Russians helped to turn my justified frustration into deep resentment, and I was unable to trust anything they said or did. The Russian propaganda machine succeeded in casting doubt, and I did fall for it — for a while.

While it’s mildly embarrassing to admit I was duped, I make no excuse or apology. Like millions of other people, I had no idea it was happening. We’re manipulated all the time, and we ask for it — movies, television, social media; admit it or not, we are influenced by what we see every day. That doesn’t mean we’re all a bunch of idiots who aren’t able to think for ourselves, but when someone already has a bias and then receives misinformation that confirms and justifies that bias, they’re more prone to believe it. Because it’s a form of emotional manipulation, it feels personal and is more easily accepted.

Russians didn’t manipulate me into preferring Sanders; I preferred him before the Clinton smear campaign began. I preferred Barack Obama over Clinton in 2008. There are a number of Democrats who didn’t like Clinton long before the Kremlin began their assault on our democracy. Plenty of other voters didn’t like her in 2008 either. The argument that decades of GOP smears hurt her can be written in another post, but all I can provide is my personal experience. I never hated Clinton. I simply preferred Sanders’ vision at the time.

As I watched the fighting, the arguing, and the Bernie v. Hillary hatefests, I grew weary and, admittedly, I started viewing her in a more negative light. Because Sanders was my first choice, fake news and online echo chambers made it easier for me to believe she was the wrong person to be sitting in the Oval Office during the primaries.

Imagine how a young person who was new to politics must have felt. If they had no real understanding of how government, elections and campaigns work and their only reference was the 2016 shitshow, one can understand how easy it was to make so many young voters hate Clinton. Don’t get me wrong — I’m not here to sell her to you. No one has to like or prefer her. That isn’t the point. The point is that Vladimir Putin wants to hurt our country by creating division, and it’s working. We’re still fighting about Clinton and Sanders, and we’re still under cyber-attack.

Both Jill Stein and Bernie Sanders are aware they benefitted from the cyber-attack, and they’re also aware of the lies about Clinton pushed by the Kremlin, yet neither are expressing urgency for doing anything about it. Maybe they didn’t ask for the help and maybe they weren’t aware it was happening at the time, but neither one is emphasizing the devastating result of that support, and neither one is actively speaking out about securing our elections or publicly condemning Putin. In fact, Jill Stein is defending Putin, as well as defending North Korea’s Kim Jong Un and even Trump supporters. That’s just odd. Especially considering that curious 2016 photo of her dining with Putin and disgraced National Security Advisor Mike Flynn.

I’ll end with this: I will no doubt be attacked for writing this. Whether it’s paid Russian trolls or bitter voters holding on to resentment, I expect the worst. However, I’ll risk it because in order to repair some of the damage, smart voters must let go of their resentment and acknowledge — at least to themselves — that they were victims of an attack by a foreign adversary to some degree. It doesn’t make us stupid or sheeple. Continuing to hold on to bitter anger — that is currently being stoked by Vladmir Putin — is stupid, ego-driven, and destructive; because now we have the proof it happened and is still happening.

Russian cyber-attacks will only become more sophisticated; and it’s not going to be easy to always differentiate facts from lies, but we must make that effort, and we also must acknowledge that Putin’s goal is to create chaos and division. Don’t allow him to succeed because you can’t let go of your anger – anger that was stoked by the Kremlin.