January 25, 2018 by Kimberley Johnson No Comments 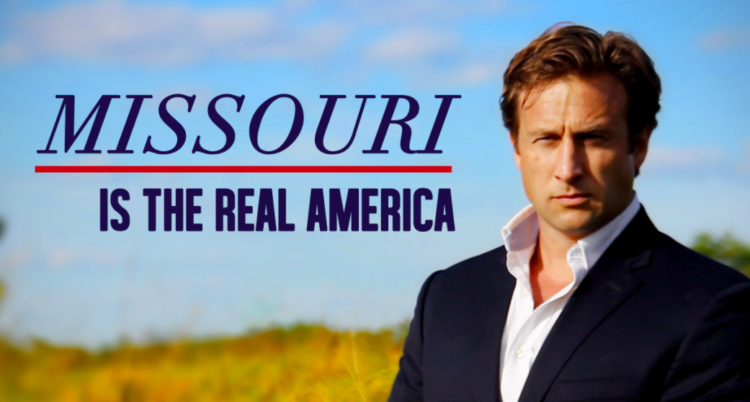 Courtland Sykes is running for a Missouri Senate seat, and he has some pretty strong opinions about women’s rights.

Sykes was asked if he supports “women’s rights” and decided to craft a misogynistic rant that he posted to his Facebook page.

He began his hysterical statement by mentioning what he expects from his fiancé, Chanel, “I want to come home to a home cooked dinner every night at six.”

“One that she fixes and one that I expect one day to have daughters learn to fix after they become traditional homemakers and family wives. Think Norman Rockwell here–and Gloria Steinem be damned.”

Evidently, the idea of gender equality scares Sykes so much that he complained that feminists have made up their own definition of feminism “to suit their own nasty snake-filled heads.”

Poor frightened Sykes hopes his daughters don’t “grow up to be ‘career obsessed banshees who forgo home life and children and the happiness of family to become nail-biting manophobic hell-bent feminist she devils who shriek from the top of a thousand tall buildings they are [sic] think they could have leaped in a single bound — had men not been ‘suppressing them.’ It’s just nuts.”

His berserk rant ended with a nod to every sexist’s favorite target, Hillary Clinton. He argued that he does support women’s rights,  “but not the kind that has suppressed natural womanhood for five long decades.”

If you know a young person who isn’t interested in politics, this would be a great way to introduce them to the difference between Democratic ideals and Republican ideals. Democrats believe women can choose whatever role they wish, whether it’s a stay-at-home mom or an independent working woman who deserves affordable healthcare and reproductive choice.

Be sure to register to vote because there are a lot of overly-emotional misogynists like Sykes who are obsessed with oppressing strong women. Register HERE.