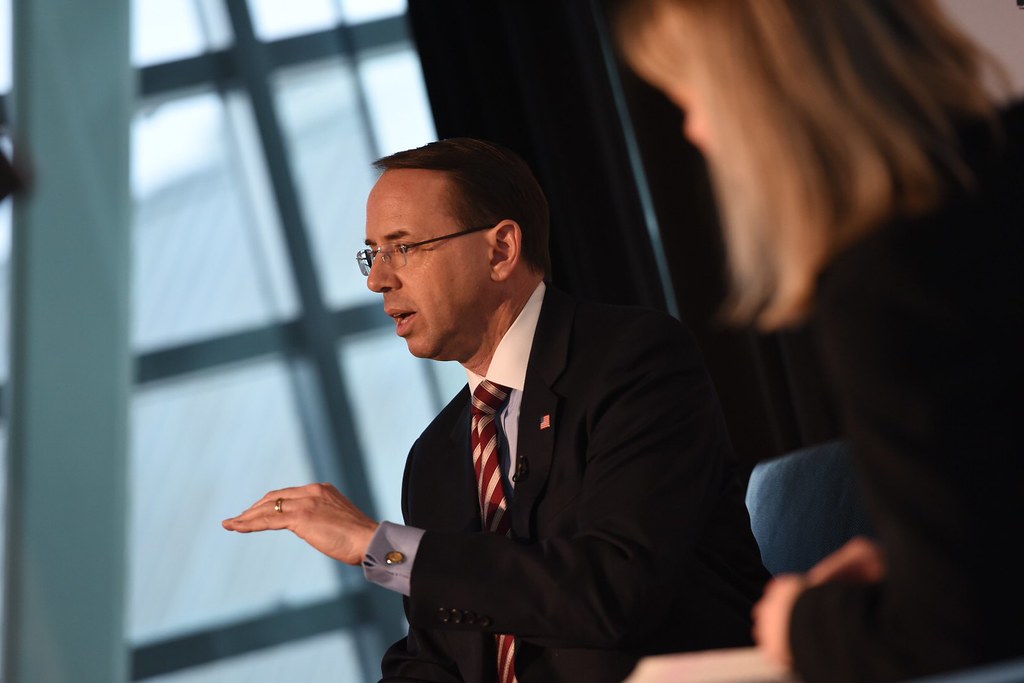 A spate of recent events, to include the already infamous Nunes recordings, all but guarantee that Republicans remain impotent to prevent the Russia investigation from moving forwards to conclusion.

The prospect of Trump firing Special Counsel Robert Mueller got a hell of a lot more difficult the instant Trump named Brett M. Kavanaugh as his nominee to replace Justice Anthony M. Kennedy on the Supreme Court.

Vox reported at the time that Trump likely nominated Kavanaugh because of his written view on whether a sitting president can be held criminally accountable for his or her actions.

Kavanaugh wrote in an article for the Minnesota Law Review from 2009 that Congress should pass a law “exempting a President—while in office—from criminal prosecution and investigation, including from questioning by criminal prosecutors or defense counsel.”

“I believe that the President should be excused from some of the burdens of ordinary citizenship while serving in office,” Kavanaugh wrote. “We should not burden a sitting President with civil suits, criminal investigations, or criminal prosecutions.” Furthermore, Kavanaugh opined that the “indictment and trial of a sitting President” would “cripple the federal government.”

However, as The New York Times explained, there is every reason to believe that “it just got harder to fire Mueller.”

According to The NY Times:

It’s just become trickier for President Trump to fire Robert Mueller anytime soon. Doing so during the Supreme Court confirmation process for Brett Kavanaugh — which is likely to last for at least two months — would create a set of problems for Trump that didn’t exist before.

Continuing, New York Times columnist David Leonhardt explained that there are three barriers that he can count to firing Mueller now:

There is a fourth, more circuitous way that Trump could accomplish terminating or throttling Robert Mueller’s team: getting rid of his immediate supervisor Deputy Attorney General Rod Rosenstein as Attorney General Jeff Sessions recused himself from any matters related to the Russia investigation.

However, that option seems to have gone away, if one can take the word of Trump’s Protector-in-Chief, House Intelligence Committee Chairman Devin Nunes (R-CA).

If there is anyone who was in a position to aid and abet Trump it is and has been Nunes.

Of all the Republican members of Congress willing to espouse the views of Donald Trump, Devin Nunes is in perhaps the best position to do so. The House Intelligence Committee chairman has essentially leveraged his position into a potent political weapon against the F.B.I., the Department of Justice, and the U.S. intelligence community, brandishing a bogus memo as proof of intelligence abuses, feeding the hungry far-right conspiracy mill, and bolstering the president’s claim that Robert Mueller’s investigation into the Trump campaign is a witch hunt. The California congressman has always had a cozy relationship with Trump—he was forced to recuse himself from the Russia probe after he was accused of sharing classified information with the White House (at the time, he denied he’d broken any ethics rules), but that hasn’t stopped him from declaring that his committee—unlike its Democratic counterparts—uncovered no evidence of collusion.

However, that option is clearly a no-go in light of revelations from Rachel Maddow’s broadcast of a secret recording of Nunes speaking at a closed-door fundraiser.

Nunes conceded in the first of four clips that Trump’s very survival depends on Republicans sweeping the midterm elections – a feat that by all accounts is impossible.

“So therein lies, so it’s like your classic Catch-22 situation where we were at a – this puts us in such a tough spot. If Sessions won’t unrecuse and Mueller won’t clear the president, we’re the only ones. Which is really the danger. That’s why I keep, and thank you for saying it by the way, I mean we have to keep all these seats. We have to keep the majority. If we do not keep the majority, all of this goes away.”

However, it is the fourth clip that closes the door to any hope of Rosenstein being impeached prior to the midterms. Below is that exchange:

AUDIENCE MEMBER: “But also, on things that came up in the House on Rosenstein impeachment thing. And it appears from an outsider that the Republicans were not supported.”

REP. NUNES (R-CA): “Yeah, well, so it’s a bit complicated, right? And I say that because you have to, so we only have so many months left, right? So if we actually vote to impeach, okay, what that does is that triggers the Senate then has to take it up. Well, and you have to decide what you want right now because the Senate only has so much time. Do you want them to drop everything and not confirm the Supreme Court justice, the new Supreme Court justice? So that’s part of why, I don’t think you have, you’re not getting from, and I’ve said publicly Rosenstein deserves to be impeached. I mean, so, I don’t think you’re gonna get any argument from most of our colleagues. The question is the timing of it right before the election.”

This takes us back to The New York Times analysis of July of this year, when they explained that the clash with the Kavanaugh confirmation should keep Mueller safe through Labor Day. However, “Labor Day is traditionally considered the start of the most intense period of a fall campaign, which would be another bad time for Trump to make a radical power grab.”

“All of this,” The New York Times concluded, “creates yet another reason the midterms are so enormously important.”

The tide could potentially turn in a big way against Trump after the midterms, making Mueller’s survival all but guaranteed – that is, if liberals and progressives get out the vote and make substantial gains in the House and Senate, giving them the power to push back against Trump and his ongoing efforts to obstruct Mueller and his investigation.