My Message To Tom Perez, Keith Ellison, The DNC And The DCCC About Kansas – Video

April 13, 2017 by Kimberley Johnson No Comments 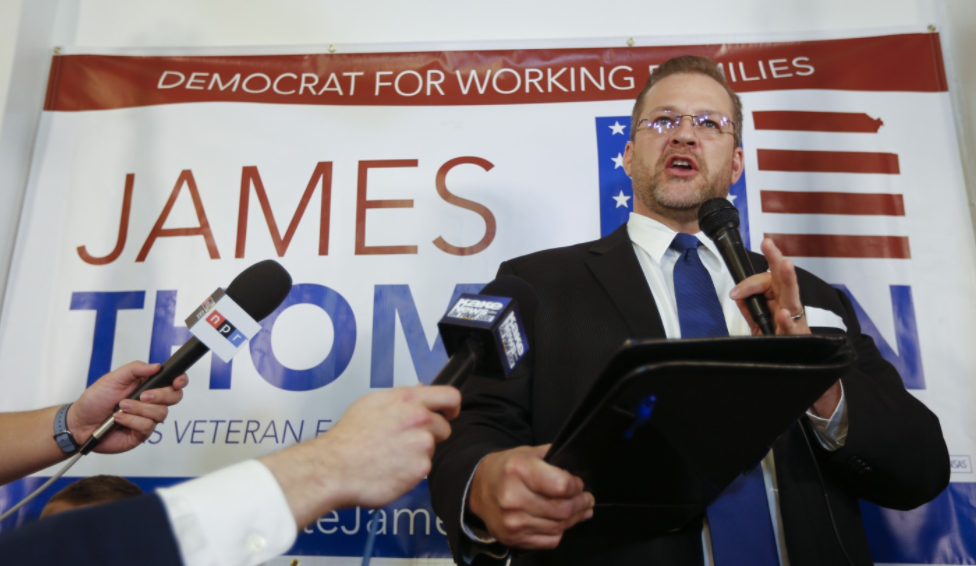 While some Democrats and political pundits are feeling satisfied because James Thompson, the Democratic candidate in Kansas’ special election, came very close to winning on Tuesday, I’m not doing the happy dance with them. I recorded a video explaining why at the end of this post.

Before I go on, I would like to make something very clear; I supported Bernie Sanders in the Democratic Primary, and I supported — not just voted for — Hillary Clinton in the 2016 general election. I fully supported Tom Perez and was thrilled when he asked Keith Ellison to be his Deputy Chair. I believe that Democrats must unite and address the mistakes made in past elections.

Thompson lost his bid in deep red Kansas by roughly 5 points. Maybe if the Democratic Party threw their support behind him, he might have won. But we’ll never know.

Think Progress ran an article titled: “The Kansas Democrat who nearly pulled off the impossible has some advice for his party.” The article began by stating:

“On Tuesday, Republican Ron Estes beat Thompson in the solidly Republican district by a margin of roughly five points. Just a few months ago, President Trump carried the district with a wide margin of 27 points.

The Democratic Party never expected to win the seat. The Democratic Congressional Campaign Committee (DCCC) didn’t conduct polling or invest money in the race until the final days, when Republicans appeared to be worried and made a last minute push. In recent days, the GOP spent close to $100,000 on ads and dispatched party leaders like Sen. Ted Cruz (R-TX) to campaign and Speaker Paul Ryan (R-WI) to raise money for Estes.”

Thompson was interviewed about his loss and here is one of the important points he made:

“Are you disappointed that DCCC didn’t make more of an investment in your race?

It’s impossible to say at this point whether or not it would have helped. It would have been nice to have seen more involvement and seen them reacting as quickly as the Republicans did. I just don’t want them to write off red states just because they looked at some poll from last year’s race where somebody won by 30 points. They need to be looking at the candidates and they need to be looking at the issues.”

I hope you’ll watch my video addressing the DNC, the DCCC, and my concerns as a Democratic voter. I’m urging all progressives to contact both the DNC and the DCCC and let them know how you feel. Be polite but be firm.