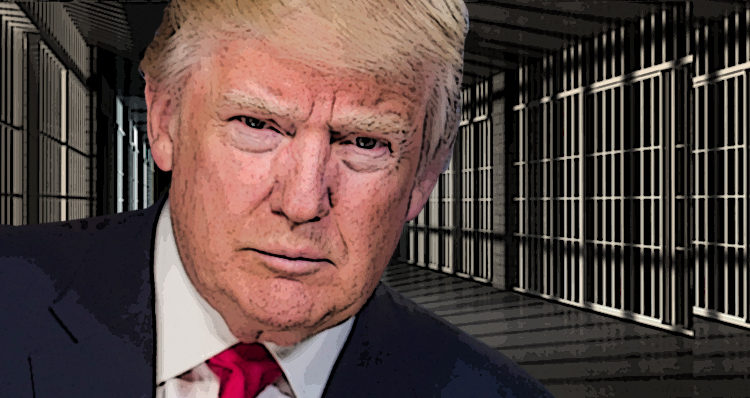 Fate delivered 3 bombs to the Trump administration in less than a week, each of them having the potential to end his presidency.

Trump appeared to be on Cloud Nine last week after his so-called “Summit” with North Korean Kim Jong-un with visions of winning the Nobel Peace Prize bouncing around like sugar plums in his head. Of course, that turned out to be short-lived after North Korean state media released video footage of Trump saluting one of their generals in an unprecedented foreign policy blunder, handing them the perfect propaganda tool.

Trump also had to endure disappointment when the long-awaited IG report which Trump had been hoping to turn into a new witch hunt targeting his former opponent Sec. Hillary Clinton. As The New York Times reported, the report “painted a harsh picture” of former FBI Director James Comey and the FBI itself, but the reported concluded that there was no political bias in the decision not to pursue criminal charges against Clinton.

Trump also received 3 devastating pieces of bad news last week, each of them likely to lead to the end of his reign in Washington.

Citing unnamed sources, ABC News reported on Wednesday that Trump’s former personal attorney was likely to cooperate with federal prosecutors. Cohen has been under criminal investigation for months, and leading legal experts have been reporting the last few days that his arrest is around the corner.

CNN legal analyst and former federal prosecutor Renato Mariotti painted an even grimmer picture in a Twitter thread, discussing what the potential cooperation of Cohen means for the separate investigation being led by Special Counsel Robert Mueller and his team.

According to Mariotti, “Cohen is cooperating with federal prosecutors in Manhattan” but that “cooperation deals typically require the cooperator to provide all information about any criminal activity he knows about. Prosecutors then share that info with other jurisdictions,” in this case, Robert Mueller.

Turning the question of attorney-client privilege, Mariotti wrote: “It’s also worth noting that federal prosecutors allege that Cohen didn’t practice law much, and thus far the documents they seized are consistent with that allegation. The retired judge reviewing the Cohen documents found that less than 1/10th of one percent were privileged.”

He concluded his analysis, writing: “So if Cohen cooperates, he will have to tell almost all of what he knows about criminal activity to federal prosecutors, who can share that info with Mueller, other federal prosecutors, and state prosecutors… Cohen’s cooperation is a blow to the Trump team and could strengthen the case Mueller is building. How much it helps Mueller depends on what Cohen knows and how forthcoming he is.”

Business Insider reported on Saturday that “Paul Manafort’s chances of flipping on Trump just went through the roof.”

Continuing, Business Insider explained that: “A federal judge’s decision on Friday to send Paul Manafort to jail means Manafort, the former chairman of President Donald Trump’s campaign, is now faced with the same decision as several others in the Russia investigation: Should he flip?”

Jeffrey Cramer, a longtime former federal prosecutor who spent 12 years at the Justice Department, told Business Insider that: “It’s one thing to be a stand-up guy and not cooperate with prosecutors when you’re out and about. That dynamic changes once the cell door locks and you spend your first night in prison.”

This is inside the D.C. Detention center where Paul Manafort will be staying! The place is infested with cockroaches and filled to capacity. How strong is Manafort's personal conviction to Trump? Will this place make him flip? What would you tell Manafort to his face, Mucksters? pic.twitter.com/E7SncoJsp0

NBC News reported that: “The New York attorney general filed a lawsuit against President Donald Trump and the Donald J. Trump Foundation on Thursday, alleging that Trump violated both federal and state law in the mismanagement of his charitable organization.”

The New York attorney general’s petition is essentially a civil — not a criminal — complaint. Most defendants would prefer being sued than being prosecuted. But for the presidency, a civil action potentially can do more damage than an indictment.

That’s because — while it remains an open question whether a president is immune from indictment, arrest, or prosecution while in office — there is less debate about presidential immunity from civil suit. The 1997 Supreme Court case of Clinton v. Jones affirmed broad, absolute presidential immunity, but limited that immunity to acts “taken in an official capacity” — holding that a president’s conduct before he became president was not an official act entitled to that absolute immunity.

But wait, it gets worse. As NBC News concluded:

[T]he biggest threat posed by the petition is external. The New York attorney general has referred the case over to federal agencies, including the Federal Election Commission and Internal Revenue Service. Should they investigate the Trump Foundation for violations of federal election and tax laws, then this petition could quickly mushroom into yet another federal investigation of the president and those close to him.