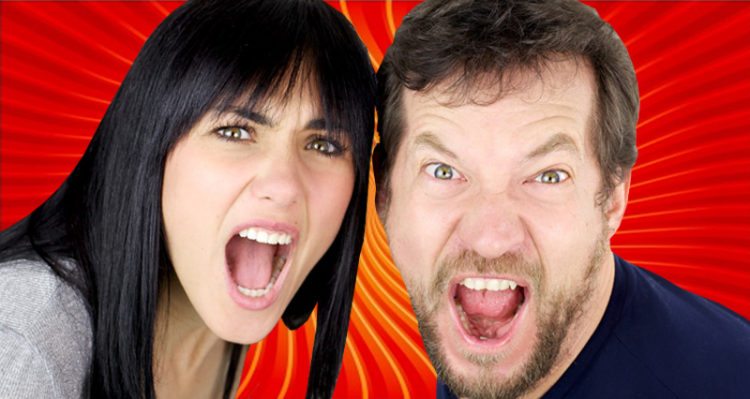 2017 has been a year for online shaming – with Twitter offering some of the best takedowns of the year.

With Twitter being Trump’s favorite method of communication, the social media site has became a hotbed for online battles this year.

From Trump to McCain… from Roy Moore to Susan Sarandon… Twitter has provided some of the year’s best online entertainment.

Starting with January, here are some of our favorite twitter takedowns of the year.

January 2017: Trump’s Education Secretary nominee, Betsy DeVos, was mercilessly mocked on Twitter after she claimed guns should be kept in schools to protect against grizzly bears amid questioning during her confirmation hearing. Senate Minority Leader Chuck Schumer (D-NY) tweeted about the incident along with posting a video of DeVos talking about grizzlies and Twitter exploded with the hashtag #PotentialGrizzlies.

February 2017: Trump was ridiculed on Twitter after he referenced a non-existent terror attack on Sweden. Trump offered tough talk on refugee policies in Europe during a campaign-style rally in Melbourne, Florida, on February 18th.  “We’ve got to keep our country safe,” he told the crowd before running through a list of places that have been hit by terrorists.

However, as The Guardian reported at the time: “There were questions about whether Trump had confused Sweden with Sehwan in Pakistan, where a suicide bomber blew himself up among devotees at the Sufi shrine the day before, killing 80 people.”

March 2017: Adam Schiff taunted Trump on Twitter after yet another early morning Twitter tirade. Schiff, the ranking Democratic member of the House Intelligence Committee, tore into Trump on Twitter minutes before the committee started grilling FBI Director James Comey over possible ties between Russia and the Trump campaign and over Trump’s wiretapping claims.

Schiff’s tweets were a response to a series of early morning tweets by Trump claiming that any reports of his campaign colluding with Russia are “FAKE NEWS” and lashing out at the Clinton campaign and the leaking of classified information – favorite diversionary tactics used by Trump.

Rep. Schiff responded, first tweeting: “Mr. President, the Russians hacked our election and interfered. No one disputes this now, but you. This is what is called ‘fact.’”

Mr. President, the Russians hacked our election and interfered. No one disputes this now, but you. This is what is called "fact". https://t.co/izJhR5xRrf

A few tweets later, he concluded the battle, telling Trump to “please stop” his stream of tweets. “The intelligence community concluded the Russians will interfere again. This is why full investigation is important to country. Please stop,” he tweeted.

April 2017: Stephen King ignited a Twitter-storm after he mocked serial women-abusers Bill O’Reilly and Trump. In the wake of Bill O’Reilly’s sudden termination by Fox News amid growing controversy surrounding his harassment of women, King posted a tweet connecting O’Reilly and Trump, who defended him earlier in the month, calling him “a good person.”

May 2017: May was a particularly bad month for the Trump administration, with Chelsea Clinton leading the charge, as Twitter erupted in outrage over Trump’s suggestion that the Civil War could have been avoided had slave-owner Andrew Jackson been in office at the time.

June 2017: In a particularly sad moment in the history of American diplomacy, enraged the Mayor of London, Gabby Giffords, and others decimated Trump after he posted a series of asinine tweets in response to the London Bridge tragedy in which “seven people died and nearly 50 were injured when a terrorist attack unfolded in the heart of the British capital” on June 3rd.

His initial tweet: “We need to be smart, vigilant and tough. We need the courts to give us back our rights. We need the Travel Ban as an extra level of safety!” drew the ire of Londoners, such as YouTube personality and author Benedict Townsend, who responded: “As a proud Londoner I would invite you to absolutely go f*ck yourself for attempting to capitalise [sp] on our tragedy for your shitty policies.”

As a proud Londoner I would invite you to absolutely go fuck yourself for attempting to capitalise on our tragedy for your shitty policies https://t.co/wxKag3K8J1

It started innocently enough. Navarro weighed in on the controversy swirling around the news that Ivanka Trump sat in for her father at the G20 Summit meeting in Hamburg, Germany, tweeting: “Given choice b/w Pres. Donald or Pres. Ivanka, I’d take her. After all, she’s smart and eloquent and knows how to make champagne popsicles.”

Appearing defensive, Donald Trump Jr quickly shot back at at Navarro. Referring to his sister, Ivanka, he tweeted: “She is VERY smart & eloquent. You can belittle her all you want w your snark, but we all know 1 on 1 she way out of your league.”

Navarro shot back: “Oh, no! I got under Little Boy Trump’s thin skin. Not his fault. It’s a hereditary condition.” [emphasis added]

Oh, no! I got under Little Boy Trump's thin skin. Not his fault. It's a hereditary condition. https://t.co/HOnEoAIN8j

August 2017: Chelsea Clinton appears on our list a second time after she showed Trump what class was all about after sports website GOLF.com published a preview of an article slated to appear in the August 7, 2017 edition of Sports Illustrated titled: “First Golfer: Donald Trump’s relationship with golf has never been more complicated.” The article quotes Trump calling the White House “a real dump,” setting off the inevitable fireworks.

Chelsea Clinton was quick to chime in – showing Trump the meaning of being classy when she tweeted a thanks to the White House staff.

September 2017: British novelist, screenwriter, and film producer J.K. Rowling and horror writer Stephen King teamed up to troll Trump. Rowling kicked off their back-and-forth tweet fest mocking Trump for a recent tweet about the NFL. “If a player wants the privilege of making millions of dollars in the NFL,or other leagues, he or she should not be allowed to disrespect our Great American Flag (or Country) and should stand for the National Anthem. If not, YOU’RE FIRED. Find something else to do!” Trump tweeted.

King backed her up a couple of days later:

October 2017: Towards the end of October, Twitter hilariously responded to Trump’s failed presidency with #SignsYoureABadPresident.https://twitter.com/Snarkaroni/status/924356038429638657

When you have a lifetime of sickening, inappropriate photos with (and statements about) your own daughter. #SignsYoureABadPresident pic.twitter.com/R6Gwf9eaj1

November 2017: Democratic Rep. Eric Swalwell of California delivered what many considered to be the “Twitter Burn of the Century.” Trump, seemingly desperate for some sort of a win, posted a meme showing him receiving an approval rating of 46% by the notoriously conservative-leaning polling organization Rasmussen Reports.

One of the most accurate polls last time around. But #FakeNews likes to say we’re in the 30’s. They are wrong. Some people think numbers could be in the 50's. Together, WE will MAKE AMERICA GREAT AGAIN! pic.twitter.com/YhrwkdObhP

A few hours later, and holding nothing back, Rep. Swalwell delivered the following truth-bomb to Trump:

“In the history of the world, no child has ever posted a flunking report card on the refrigerator. The best poll you can find says 54% of us disapprove of you. This is nothing to be proud of.”

In the history of the world, no child has ever posted a flunking report card on the refrigerator. The best poll you can find says 54% of us disapprove of you. This is nothing to be proud of. https://t.co/jyvDGIuYPp

BONUS TAKEDOWN, November 2017, Part 2: Liberals and Progressives exacted their revenge on Susan Sarandon on Twitter after criticizing Hillary Clinton in an interview published by The Guardian on Sunday, 26 November 2017. Asked if she really said that she thought Hillary was more dangerous than Trump, Sarandon responded:

As one might expect, Twitter was quick to respond to Sarandon’s remarks with cable television host and a national correspondent at MSNBC, Joy Reid, leading the charge.

December 2017: The month is still early, but Republican Senator John McCain’s at least partially self-induced humiliation on Twitter will rank as one of the best of all time.

Lo and behold, Twitter was quick to respond, but not in the way McCain had hoped. Within about 8 hours McCain dropped to 2,978,646 followers for a net loss of 21,280 followers. In the time it took us to write an article about the incident (less than an hour), he lost 669 followers.

Appearing before a crowd of supporters election night, Moore refused to concede his defeat to Democrat Doug Jones last night, instead choosing to say it’s in God’s hands – that it’s not over.